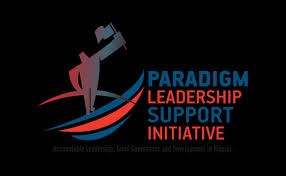 A group identified as Paradigm Leadership Support Initiative (PLSI) has on Thursday welcomed the suspension of the indicted judges currently under investigation by the National Judicial Council (NJC).

PLSI is a coalition of individuals with mandate to ensure accountable leadership, good governance and development in Nigeria through active citizenship.

In a statement signed by the group’s Executive Director, Olusegun Elemo and made available to newsmen, PLSI commended the laudable position of NJC, saying “after several weeks of resistance on the call for the National Judicial Council (NJC) to suspend judges who are currently being investigated for diverse offences from further sitting to preside over any judicial activity, we hereby commend the NJC for standing up to its responsibility of ensuring sanity in the judicial arm of government which incidentally is supposed to be the last hope of the common man.

“PLSI welcomes the position of the highly revered body as indicated by its Acting Director, Information, Mr Soji Oye on Thursday which stated that “judges under investigation will no longer conduct proceedings until the cases against them are concluded”

“The claim that “a corrupt judge is more harmful to the society than a man who runs amok with a dagger in a crowded street” is indeed factual. We believe that if the judiciary is left to continue in its perceived corrupt tendencies, the hope of ordinary Nigerians will become dim by the day as such putting the continued existence of the Nigerian state in jeopardy. When citizens begin to lose confidence in the judiciary as we had began to see, then our nationhood is obviously in doubt. Nothing can be more damaging than to see the institution which is supposed to be a leading light in the campaign for transparency and anti-corruption also caught in the same web of corruption. It is important to note that a corrupt judicial system can never promote accountable leadership and good governance neither can it foster development in any part of the country.

“We believe that leadership at all arms whether the executive, legislature or judiciary must continue to act in such manner that will build confidence of Nigerians in the system and we are sure that the Judiciary is even more critical in this instance. Its job of reassuring citizens of Nigeria that even if the executive or legislative arms of government fail them, they will be protected and given deserved justice at the third arm of government cannot be overemphasized.

“The judiciary has played and will continue to play a very important role in the development of democracy in Nigeria and we cannot allow few bad eggs in that noble institution of government to put our nation state at risk.

“It is completely absurd to hear that Judges who sit in the sacred temple of justice may have also been compromised,” the group lamented.