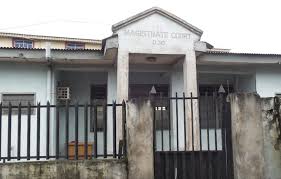 Seven persons, who allegedly burgled the warehouse of one Nnamani Chidibere and stole energy bulbs valued at N6.4m, were on Thursday in Lagos granted N200,000 bail each.

An Ojo Magistrates’ Court, which gave the ruling, also asked the accused to produce two sureties each as part of the bail conditions.

Magistrate A.A Paul said the sureties must be gainfully employed and should show evidence of two years tax payment to the Lagos State Government.

The accused persons, who entered a not-guilty plea, are facing a three-count of conspiracy, stealing and burglary.

The prosecutor, Insp Simon Uche, told the court that the accused committed the offences on Oct. 29 at Ilufe Junction, Ojo , Lagos.

He alleged that the accused persons broke into the warehouse of Chidiebere and stole the energy bulbs.

He said, “The accused had packed the items and were ready to leave in the bus they brought for the operation when some security guards spotted them and rushed to the warehouse.

“The complainant said that seven of them were apprehended by the security guards while the driver and two others escaped with the goods.”