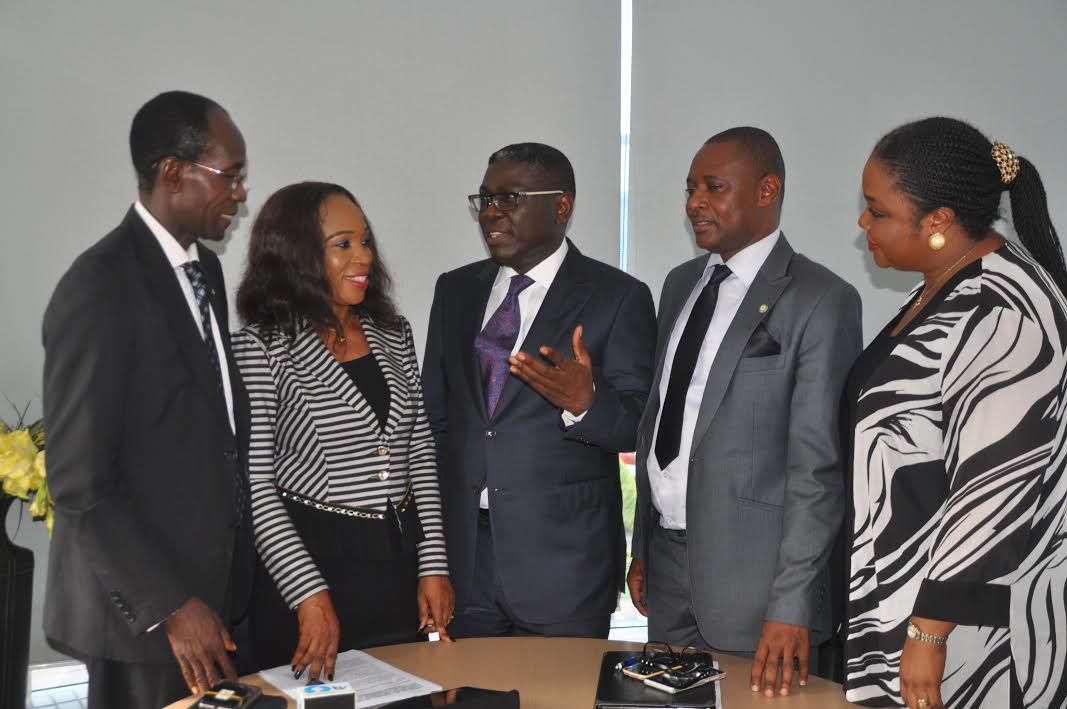 The Nigeria Bar Association (NBA), Lagos Branch is set to hold its 2016 legal week in style. The Chairman of the 2016 Law week Committee held a press conference on Wednesday, 21st September, 2016 were he gave an expose of what would be expected at the event which he noted would be the best ever  held in the Premier Branch.

Below is the press conference.

The Nigerian Bar Association (NBA), Lagos Branch is the foremost branch of the NBA in the country, comprising over 6,000 registered legal practitioners. Over the years, the branch has maintained its leadership status within the Nigerian legal circle through regular capacity development and networking activities.

The Branch Law Week is an annual event which attracts members of the Bar and Bench, security agencies, corporate and civil society organizations, and individuals from diverse fields of expertise. The NBA Lagos Branch 2016 Law Week is scheduled to hold from 5th October, 2016 to 8th October, 2016. The theme of the Law Week is “Judicial Independence and the Democratic Process.” The theme is especially germane in light of perceived assaults on judicial independence and the deleterious impact such anomaly may have on our nascent democracy.

This year’s Law Week is designed to be the best-ever held by the Premier Branch. It will witness several activities including a high-profile Opening Ceremony at the MUSON Centre on Thursday, October 6, 2016. The Opening Ceremony will be chaired by respected former justice of the Supreme Court of Nigeria, Justice George Oguntade (CFR), while the Keynote Speaker, Dr. Olisa Agbakoba (SAN) will tackle the theme of the Law Week, “Judicial Independence and the Democratic Process.”

Technical and breakout sessions will also hold at the same venue on October 6 and 7, 2016. Meanwhile, over 10 Senior Advocates of Nigeria (SANs) have confirmed their willingness to speak at this year’s Law Week. Among the topics to be discussed include Judiciary in an Emerging Economy, Challenges and Prospects; Financial Due Diligence and Anti-bribery Laws; Emerging Trends in Copyright, Computer Software and Trademarks; Mergers, Acquisitions and Strategic Alliances: The Role of a Lawyer; Aircraft Leasing and the Global Jurisdictional Issues, as well as a Mock Arbitration legal clinic.

Other topics are Port Regulations and Infrastructure in Nigeria; Business Development in a changing Legal Market; Is Advocacy Training an important part of a Young Lawyer’s Development? and Combating Money Laundering: The Roles of Lawyers and the Judiciary. Continuing Professional Development/Continuing Legal Education credits will be awarded to participants at the Law Week.

Lawyer-turned-business mogul, Dr. Wale Babalakin (SAN) will tackle the topic, “Judiciary in an Emerging Economy: Challenges and Prospects.” Discussants for the session include financial czar and Chairman of United Bank for Africa, Mr. Tony Elumelu as well as the Human Resources & Corporate Services Executive at MTN Nigeria, Ms. Amina Oyagbola.

The General Interest and Practice Session promises to be one of the most explosive sessions, as it will deal with the issue of corruption and financial crimes. Renowned jurist and Secretary of the Presidential Advisory Committee on Corruption, Prof. Bolaji Owasanoye will speak on “Financial Due Diligence and Antibribery Laws.” Aside from the Executive Director of Asset Management Company of Nigeria (AMCON), Mr. Kola Ayeye who has accepted to chair the session, discussants include the Chairman of the Economic and Financial Crimes Commission, Mr. Ibrahim Magu; former Inspector-General of Police, Mr. Solomon Arase and the commercial attachees of both the United States and British embassies in Nigeria.

Aside from the Bar & Bench Forum on “Combating Money Laundering: The Roles of Lawyers and the Judiciary” to be chaired by the Presidenig Justice of the Court of Appeal, Lagos Division, the technical sessions will also witness a much anticipated session by the branch Young Lawyers Forum, coming on the heels of a Mock Arbitration orchestrated by the Chartered Institute of Arbitrators (UK) and the Lagos Court of Arbitration (LCA).

While the Law Week will kick-off effectively with visits to Ikoyi and Kirikiri Prisons by the Branch Executive Committee and members of the 2016 Law Week Committee among others, a novelty football match will hold at the Campos Stadium in central Lagos to herald the Variety Night and other activities for the week.

Curtains will be drawn on the eagerly awaited Law Week with a high-profile Independence Dinner at the Shell Hall of the MUSON Centre where leading lights of the Bar are expected to support the launch of a Building Fund towards a befitting N1.2 Billion Bar Centre/Secretariat for Nigeria’s most illustrious branch. Aside from an exclusive Elders’ Night to be hosted by business magnate and Chairman of Multichoice Nigeria, Chief Dewunmi Ogunsanya (SAN), the Young Lawyers Picnic at Muri Okunola Park, Victoria Island, Lagos will bring the highly anticipated week to a close.

I thank you for your attention. 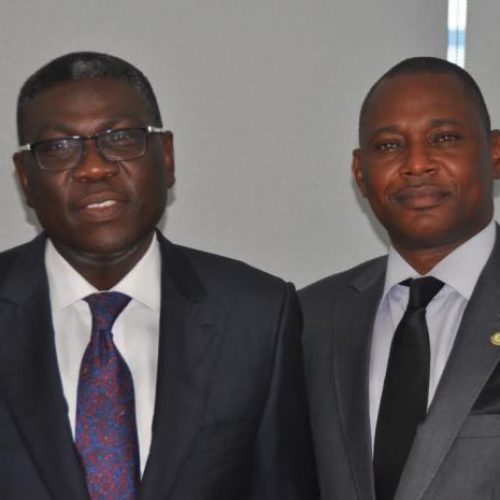 · Judicial Independence and the Democratic Process
· Judiciary in an Emerging Economy, Challenges and Prospects
· Financial Due Diligence and Anti-bribery Laws
· Emerging Trends in Copyright, Computer Software and Trademarks.
· Mergers, Acquisitions and Strategic Alliances: The Role of a Lawyer
· Mock Arbitration
· Aircraft Leasing and Global Jurisdictional Issues
· Port Regulations and Infrastructure in Nigeria
· Business Development in a changing Legal Market
· Is Advocacy Training an important part of a young lawyers development?
· Combating Money Laundering: The Roles of Lawyers and the Judiciary