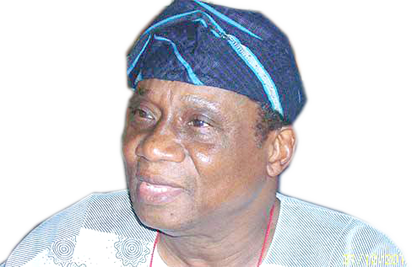 Justice Ebenezer Adebajo retired two years ago from the Lagos State High Court. In this interview he shares his thoughts on the ongoing corruption allegations against Judicial Officers, his views in the way and manner the DSS carried out the arrest of alleged corrupt Judges and other  issues.

As a former Judge of the High Court, how, in your opinion, can corruption be eradicated in the judiciary?

With recent development in the judiciary, do you think thorough screenings were carried out on judges before their appointment?

I do believe that thorough screening takes place. I know that the so called DSS do write security report on people who are interested in becoming judges before they are appointed. Thorough screening takes place as to the intellectual capability and the kind of person they are. There is no perfect system. The most important element in the appointment of judges is honesty.

Some judges have said that they are being harassed by anti-graft agencies because their hands are tied. What is your position on that?

Yes. The hand of a judge is always tied by the law. A judge is obliged to follow the law. That is the meaning of “my hands are tied.” What it simply means is that the law is so definite and as a judge I am obliged to follow it, I cannot do otherwise.

What would you say about Justice Inyang Okoro’s bribery allegation against the former Governor of Rivers State and current minister of transportation, Rotimi Amaechi, and claim that the issue was reported to the CJN, Justice Mahmud Mohammed, with no action taken?

You do not create a scene when nothing has happened. You do not rock the boat for no reason at all. The judge has reported it and given a third party notice of it, which is sufficient.

Don’t you think something good will, at the end, come out of the judges’ probe, such that those on the bench are put on their toes against corrupt practises?

What appropriate steps do you think can be employed in the fight against corruption in the judiciary?

Matthew 7:3-4 says why do you see the speck that is in your brother’s eye, but do not notice the log that is in your own eye? From my experience, having sat on some EFCC’s case, that is EFCC criminal matters brought to my court, my experience is that politically exposed persons are especially privileged people in the society and it should not be so.

Vilification of the judiciary They should be the ones who are extra sensitive as to what impression they make and what is said about them.

It is unfortunate that judges are people who are hardly ever heard, except through their judgments. I believe it is grossly unfair for people to attack these people (Judges) who are really not able to defend themselves in their onerous duties. The raid, misconceived, misapplied and poorly carried out by the DSS has created an impression that the executive wanted to vilify the judiciary. The vilification of the judiciary can never augur well for the country.

If something is amiss, we see how best to put it right by giving ourselves notice that something is amiss. But let those who are scouting around the judiciary, who influence corruption to go and sit down. Why don’t you punish these people first? Why don’t you take those people out and then see how good the judiciary is? It is those who influence the corruption that they should go after.

In your view, is Department of State Services, DSS a legal body?

The law says State Security Services, (SSS) not Department of State Services. What is the governing law of that agency? That is what we have to look at. The law created and gave name to that agency but it is the journalists who aid and abet the bridge by repeating what is obviously an error and a mischief. If the media insists on calling the child by his name, then they will have no choice to continue bearing the name and amend the law that gave birth to that child.

What is your advice to the judiciary and the executive arms of government on the issues of corruption and probe of Judges?

If Nigeria is going to be preserved, the judiciary must stand-up to the executive in this matter. I wish the CJN and NJC best of luck.

Like the SSS metamorphosed to DSS, so is seen in some states’ prosecutorial name. Before your retirement, you ruled that there was nothing like “The State of Lagos” as used in prosecution. Till date, there was not compliance to that order. What do you make of this?

I think it was the Governor of Osun State who started this issue of naming it ‘State’ of which he is the governor. And somebody said the father is entitled to name his baby whatever he wishes to name it. With the greatest respect, Osun State is not anybody’s baby; it is a creation of the Constitution of Federal Republic of Nigeria. Lagos State is also a creation of the Constitution. I did make a judgement that the Administration of Criminal Law of Lagos State contains a provision that is at variance with the Constitution of Federal Republic of Nigeria and I ruled it should be struck out.

But until today, neither the Lagos State ministry of justice, it’s Attorney General, nor has the governor make presentation of a bill to stop that nomenclature. “The State of Lagos” as a prosecutorial name. They have not had it repelled. This, of course, is a disobedience to the order of the court. But, then, I am no longer on the Bench. It is sad that the state governments in Nigeria are disinclined to obey judgments that are not favourable to them.

I find it absurd and an abuse of its position that an Attorney General of Federal Republic of Nigeria will be knowledgeable of the fact that a state is addressing itself as “The State of Lagos” or “The State of Osun”. These are aberrations to the Constitution and the Federal Attorney General is there saying nothing. With the greatest respect, he should have approached the Supreme Court to correct this.