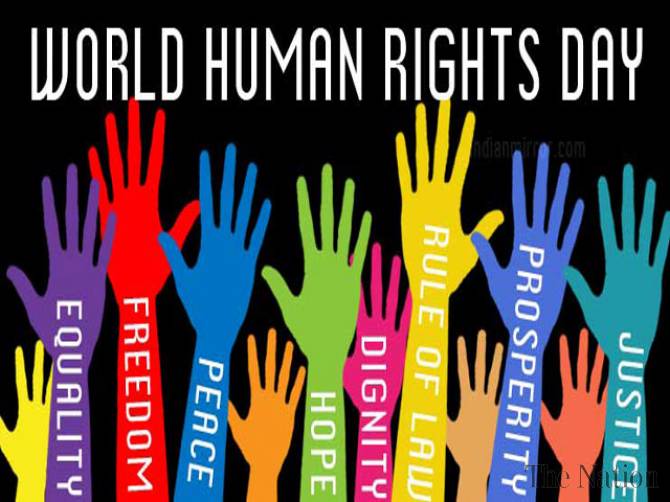 The Nigerian Bar Association (NBA) joined the rest of the world to commemorate the International Human Rights Day which is marked on every December 10.

The President of the NBA, Mr. Abubakar Mahmoud (SAN), addressed a world press conference during the event which was marked by the NBA in Lagos.

Speaking at the world press conference, the President noted that,  with insurgency, militancy and extrajudicial killings going on, it appears as if human life no longer has value in Nigeria.

He said the situation was particularly worrisome because the Federal Government, whose primary obligation is to secure the lives and property of Nigerians, appeared to be failing in this responsibility.

The NBA charged the Federal Government to wake up to its responsibility of defending the citizens’ right to life.

Mahmoud said, “The right to life is fundamental and inalienable to human person, yet it seems we have lost the value of life in Nigeria today; it appears human life no longer has meaning. On a daily basis, we are regaled with bizarre statistics or number of persons who have lost their lives in questionable circumstances. In addition to the factors listed above (insurgency, militancy, extrajudicial killings), the lives of Nigerians are wasted on account of ethnic, communal and religious conflicts and the government seems helpless or incapable to deal with the situation to the satisfaction of all Nigerians.

“This development is unacceptable. The Nigerian constitution provides security and protection of lives and property as the primary duty of government. The NBA, therefore, calls on the Federal Government of Nigeria to fulfill this fundamental responsibility by guaranteeing adequate security of lives and property of all Nigerians.”

The NBA also berated the Federal Government for the penchant of its agents for disobeying court orders, describing it as a sad commentary on the government’s respect for the rule of law.

Mahmoud recalled, for instance, that the leader of the Islamic Movement of Nigeria, Ibrahim El-Zakzaky, and his wife had been in detention for about a year without any court order.

“The court held that their continued detention was illegal and arbitrary; the Federal Government has so far refused to abide by this ruling. As of the time of writing this speech, we are not aware that an appeal has been filed against the judgment of the court. This apparent disobedience of the court order is a sad commentary on the readiness of government agencies to comply with the principles of the rule of law and respect for human rights.