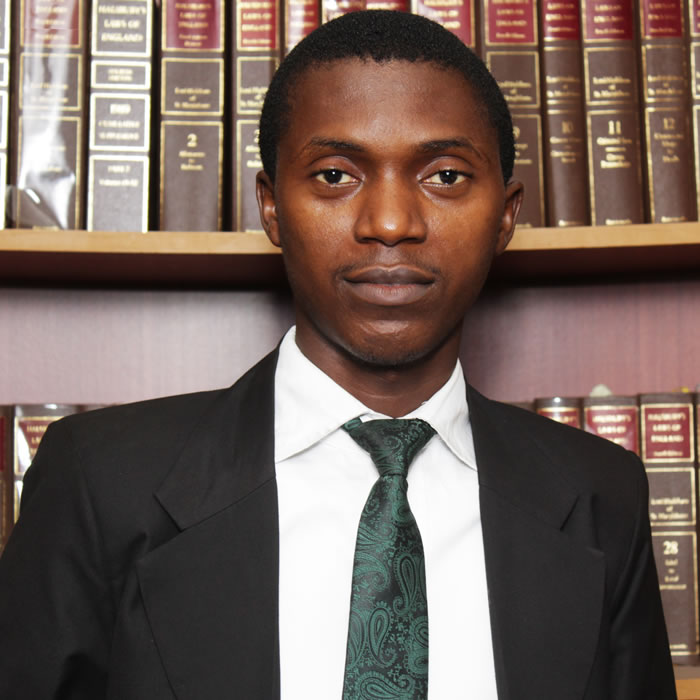 The dynamism of the recent arrest and proposed prosecution of seven judicial officers by the Nigerian Department of State Security Services (DSS) continues to trigger reactions from legal practitioners, socio-political commentators, journalists and other stakeholders. It would appear that discussions on the legality, constitutionality or otherwise of the act have come to stay, and would probably linger for a very long time. Among legal practitioners and academics, the incident has culminated into renewed and further research with a view to holding a well-considered opinion on the issue. Recently, I my attention was drawn to the decision of the Supreme Court in the case of Hon. Justice Raliat Elelu-Habeeb & Anor v. Attorney General of the Federation & 2 Ors(2012) All NWLR (PT 629)1011 on the issue of sanctioning judicial officers for misconduct.

Is it the holding of the Apex Court that “No action can be taken against a judicial officer without National Judicial Council’s approval.”? In this article, I intend to review the Supreme Court decision with a view to making a distinction between the power conferred on the NJC with respect to mere misconduct that does not have criminal elements and a case against judicial officers when it relates to criminal allegation.

The judgment in the case was delivered by the Supreme Court on 17th February, 2012. Other parties in this case are the NJC as a co-Appellant and Attorneys General of the Federation and Kwara State & Kwara State House of Assembly as co-Respondents.

She thereafter instituted an action at the Federal High Court, asking the court for a declaration that, by virtue of  section 153(1), 27(1), 292(1) and paragraph 21 of Part 1 of the Third Schedule to the Constitution, the Kwara State House of Assembly had no power to initiate or carry out any exercise of disciplinary control and/or proceedings on her and that the NJC is the body vested with such power under section 153 and paragraph 21 of the Third Schedule to the 1999 Constitution. The court held that the removal was unconstitutional and null and void. The Respondents appealed to the Court of Appeal, which affirmed the judgment of the Federal High Court on the issue. The Chief Judge, however, appealed to the Supreme Court on another issue, and the Respondents cross-appealed on the issue and another. The appeal of the Chief Judge was allowed. The Supreme Court, Per Muhammed, JSC (at paras. A-E, pp. 1049-1050), affirmed the positions of the Court of Appeal and the Federal High Court on as follows:

“Therefore, from these clear provisions of the Constitution which are very far from being ambiguous, the Governors of the States and the Houses of Assembly of the States cannot exercise disciplinary control touching the removal of Chief Judges of States or other judicial officers in the States…I entirely agree with the two courts below that having regard to these relevant provisions of the Constitution of the Federal Republic of Nigeria, 1999, the Governor of Kwara State and the House of Assembly of the State cannot remove the Chief Judge of Kwara State from Office without the participation of the National Judicial Council in the exercise.”

This was the unanimous holding of the fully constituted members of panel of the Supreme Court as delivered in the lead judgment by Mahmud Mohammad, JSC, and all the other seven members of the panel concurred with him.

Understanding The Stand of The Supreme Court

The procedure for appointing and/or removing (or sanctioning) judicial officers in Nigeria is triangular in nature, and it further emphasizes the need for checks and balances in any civilized and modern government. This procedure is a constitutional matter, and any action or decision reached without compliance with it is a nullity. The triangular nature of removal of judicial officers is reflective of the three organs of government in Nigeria— the legislature, the executive and the judiciary. To successfully and legally remove a judicial officer, the NJC (representing the judicial arm), the President or the Governor (representing the legislative arm) and the Senate arm of the National Assembly or the State House of Assembly (representing the legislative arm) as the case maybe must compulsorily be involved. One out of these three cannot be left out in the equation. Additionally, each of these three has its own responsibility, and cannot usurp the responsibility of the other. This is the point Supreme Court appears to be making.

The case highlights two important points— (a.) the NJC is not only instrumental to the removal of a judicial officer, but also has to compulsorily be the body through whom the procedure to removal a judicial officer must mandatorily commence; and (b.) removal of judicial officers cannot commence from the executive (President or Governor) and/or the legislature, as it will be contrary to the principle of separation of power that is indoctrinated in the Constitution that highlights the roles to be played by the respective bodies involved in the triangular equation and how to play them. The NJC only recommends for removal, the President or Governor does the actual removal and the Senate arm of the National Assembly or the State House of Assembly ratifies the removal by not less than two-third majority votes. The Supreme Court is saying emphatically that there can never be removal of a judicial officer “without the participation of the National Judicial Council in the exercise.”

The Road Not Taken

It is trite that a court of law will not delve into an issue that was not placed before it. This principle has been established and reiterated in a number of judicial decisions in Nigeria. The issue that was before the courts in the case under review was whether, having regard to relevant sections of the Constitution, especially Paragraph 21 of the Third Schedule to the Constitution, the Governor of Kwara State and the Kwara State House of Assembly can remove or exercise a disciplinary control over the Chief Judge of Kwara State or other judicial officers. And this was the road taken by the Federal High Court, the five Justices of the Court of Appeal and the seven Justices of the Supreme Court in the final determination of the case.

ALSO READ   IACD: Fight Against Corruption Must Not Be Selective or Discriminatory – NBA President

There was never an issue before the courts below and the Supreme Court on whether sanctioning of judicial officers in cases not involving only judicial misconduct but involving criminal offences should also, as a matter of compulsory requirement, pass through the NJC before such judicial officers can be prosecuted before a regular court. THIS ROAD WAS NEVER TAKEN by the Supreme Court, and one should understand the reason to simply mean that a court will not delve into an arena where it has not been invited to. The true position is that regular courts, especially superior courts of record under section 6(6) of the Constitution, have jurisdiction over any person in Nigeria including judicial officers, without first recourse to the NJC.

The conclusion one can reasonably draw from here is that the case of Hon. Justice Raliat Elelu-Habeeb & Anor v. Attorney General of the Federation & 2 Ors cannot be reasonably relied on as an authority for the proposition that a judicial officer cannot be sanctioned on criminal offences through direct prosecution before a regular court without the input of the NJC. Technically, if the Kwara State House of Assembly had invited the Chief Judge (or any judicial officer) to appear before it with the aim of investigating her on allegation of corruption (and not to apply disciplinary measure of removing her from office), the decision of the Supreme Court would have been different. However, THIS ROAD WAS NEVER TAKEN by the Kwara State House of Assembly. It should be noted that while the NJC has the mandate to apply disciplinary measures to judicial officers for misconduct under Paragraph 21 of the Third Schedule to the Constitution, the regular courts have the mandate to try any person for criminal offences under sections 6(6), 251(2) & 272 of the Constitution and the National Assembly/State Houses of Assembly have the mandate to investigate corruption under sections 88, 89, 128 & 129 of the Constitution.