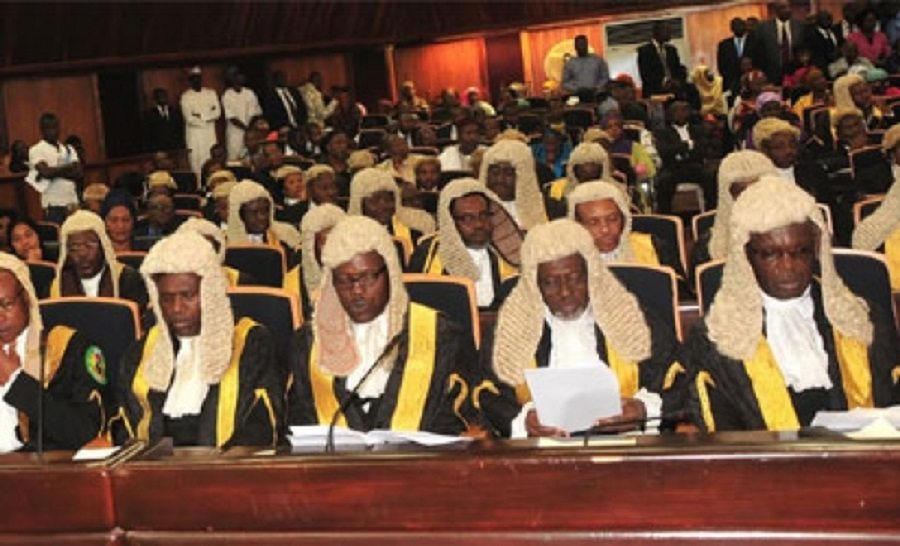 Reports are making round that about 10 Senior Advocates of Nigeria have rejected Federal Government’s briefs for the prosecution of some judges lined up for trial on corruption charges.

Top sources in the Federal Ministry of Justice confirmed to correspondents on Wednesday that some of the SANs who rejected the briefs were part of the 80 special prosecutors brought together by the Federal Government, through its National Prosecution Coordinating Committee.

The 80 special prosecutors grouped into 20 teams are meant to handle Federal Government’s high-profile cases that are instituted by the Attorney General of the Federation and Minister of Justice’s office.

There are 20 SANs leading each of the 20 teams of prosecutors to which the 80 lawyers are grouped.

It was gathered that at least 10 of the SANs were offered the briefs of prosecuting the judges but they declined.

Already, Justice Sylvester Ngwuta of the Supreme Court and Justice Adeniyi Ademola of the Federal High Court in Abuja have been arraigned on alleged corruption charges, following the raid by the operatives of the Department of State Services on their houses and others’ between October 7 and 8.

It is expected that another Justice of the Supreme Court, Justice Inyang Okoro, will soon be charged.

Apart from these, the Federal Government had also charged the Chief Registrar of the Supreme Court, Mr. Ahmed Saleh, along with two other officials of the apex court.

They were charged with offences, including diversion of N2.2bn belonging to the court and receiving gratifications from contractors providing services for the court.

Sources in the NPCC reports that it was not easy for the government to get prosecutors to handle the cases.

But it was learnt that two former international prosecutors, Mr. Segun Jegede, and Mr. Charles Adeogun-Philips, readily accepted the offers.

While Jegede is leading the prosecution of Justice Ademola, Adeogun-Philips heads the prosecuting team with respect to Justice Ngwuta’s and the Supreme Court officials’ trials.

A source revealed that it has been a Herculean task getting prosecutors to handle the cases.

“I can tell you that about 10 SANs contacted by the ministry to handle the case have declined the offer. They simply told us that they cannot handle it.”

When contacted, Mr. Salihu Isah, who doubles as the spokesperson for the Attorney General of the Federation and Minister of Justice, Mr. Abubakar Malami (SAN), as well as the NPCC, said he was aware that a number of SANs were offered the briefs but that he could not confirm the outcome of the offers.

Isah said, “It is the usual thing when high-profile cases are given to SANs. So, as expected, I’m aware that some SANs were actually contacted in respect of the judges’ trial but I don’t know the outcome.”

2 Female Lawyers Arraigned for Fighting in Court over Client –...