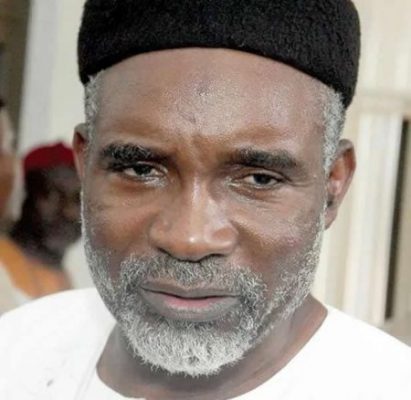 The Supreme Court on Friday dismissed an appeal by a former Governor of Adamawa State, Murtala Nyako, seeking an order reinstating him to office to enable him to complete his truncated second term.

Nyako still had 10 months left to spend in office when he was removed by the Adamawa State House of Assembly on July 15, 2014.

The seven-man panel of the apex court led by Justice Tanko Muhammad held in its judgment that it agreed with the earlier decision of the Court of Appeal that declared Nyako’s removal from office as illegal, but that it was unable to reinstate him because of the “special facts” of the case while it was before the lower court.

The Supreme Court explained in its lead judgment read by Justice Dattijo Mohammed that the appeal had to fail because Nyako’s lawyer had compromised the case at the Court of Appeal by withdrawing the prayer seeking the ex-governor’s reinstatement.

Justice Mohammed held that a lawyer was entitled to “conduct, compromise or withdraw” his or her client’s case, but that there could be no ground of appeal when a litigant’s case was compromised by his or her lawyer.

“On that score alone the appeal fails,” Justice Mohammed ruled.

The Justice of the Supreme Court said the remedy approved by the appeal court by ordering the payment of salaries and other entitlements accruable to the ex-governor for the period he was illegally removed from office, was in order.

But he ruled that Nyako had to continue to bear as his cross the compromise of his case by his lawyer when the said counsel voluntarily withdrew the prayer for the ex-governor’s reinstatement before the Court of Appeal.

He ruled, “Because of the special facts enunciated in this appeal, that fact of compromising his case by his counsel is a cross that the appellant (Nyako) will continue to bear.

“So, there will never be a forum again where that issue of reinstatement would be raised again, and to that extent, that informs my dismissal of the appeal in its entirety.”