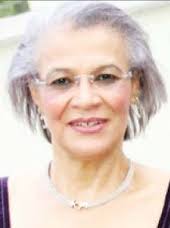 The senate on Tuesday confirmed President Muhammadu Buhari’s nominees as justices of the supreme court.

The president’s nominees as justices of the supreme court are Ejembi Eko (Benue) and Amina Augie (Kebbi).

In a letter dated September 22, Buhari had sent the names to the senate for confirmation, which was referred to the judiciary, human rights and legal matters committee.

While speaking on the floor of the senate, David Umoru, senate chairman committee on judiciary, human rights and legal matters, said his committee found the justices worthy to be judges in the supreme court after “careful scrutiny”.

He added that the committee did not receive any petition against them.

The senate approved of the nominees after it was put to electronic voting, with the candidates scoring 38 to 0 and 39 to 1, respectively.

The confirmation of nominees sought by Buhari is in accordance with Sections 153 and 154 of the 1999 constitution as amended.

In a new development, the Senate adopted the E-Voting System to vote on the confirmation of nominations of the judges to the Supreme Court. It will be the first time the Senate is adopting such voting system to confirm nominations.