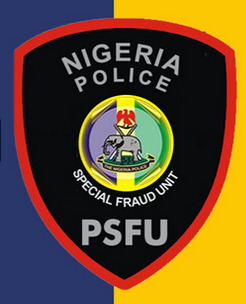 The SFU in a charge dated August 30, 2016, and marked FHC/L/364C/16, the four accused persons while working as sales representatives with Global Healthcare Limited, between October 2014 and February 2015, were alleged to have conspired with one Olufemi Olaniyan, the company’s National Sales Manager, now at large, and converted the sum of N92, 391, 350. 25, belonging to the company, to their personal use, with aim of concealing the illicit nature of the fund.

SFU also alleged that Gbenga Babatunde, in collaboration with Olufemi Olaniyan, the company’s National Sales Manager, now at large, between June 2015 and July 2016, converted the sum of N2.6 million, belonging to the company.

SFU further alleged that the first accused person, Badmus Oladimeji, also collaborated with Olufemi Olaniyan, the company’s National Sales Manager, now at large, between October 2014 and February 2015, to forge and falsified Local Purchase Order (LPO), which they used in obtaining pharmaceutical products from the company.

The offences according to the prosecutor, Mr. Effiong Asuquo, a Chief Superintendent of Police (CSP), are contrary to and punishable under sections 15(1)(a)(ii) of Money Laundering (Prohibition) Act, 2011, as amended, and Section 1(2)(C) of the Miscellaneous Offences Act Cap. M17, Laws of the Federation of Nigeria, 2004.

The accused persons pleaded not guilty to the charges.

Following their not guilty plea, the prosecutor urged the court to remand them in Prison’s custody pending the conclusion of their trial.

However, counsel to the first accused person, Chima Adiele, pleaded with the court to release his client, Badmus Oladimeji, in the SFU’s custody, due to gunshot wound he sustained.

He infirmed the court that his client sustained the wound when he was shot by armed robbers who  robbed him of the pharmaceutical products he is being alleged to have stolen.

However, the presiding judge, Justice AbdulAziz Anka, turned down the counsel’s application, and ordered that all the accused persons be remanded in Prison’s custody, and adjourned the matter till October 26, for trial.