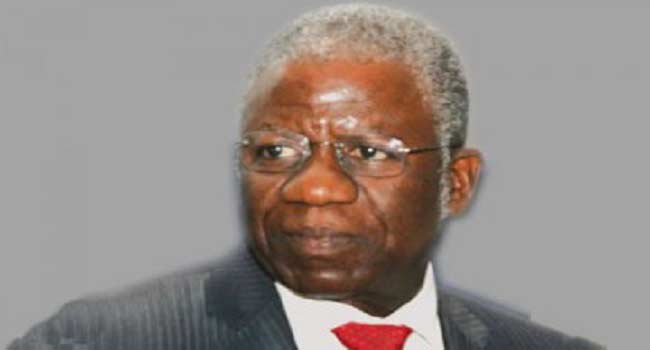 An FCT High Court will today continue hearing in the case against a former Head of Service of the Federation, Mr Steve Oronsaye.
On Wednesday, the statements made by Mr Oronsaye, to the Economic and Financial Crimes Commission, EFCC, were admitted in evidence. Mr. Oronsaye was alleged to have deposited money meant for the Presidential Committee on Financial Action Task Force which he chaired into a fixed bond in Access bank known only to him.
At the resumed sitting, Mr. Oransaye’s Counsel, Abiodun Layonu, opposed the sixth prosecution witness, Hamma-Adama Bello, tendering the statement. Mr. Layonu had urged the court not to admit the document because the witness was not the one that signed and therefore not the originator citing Sections 83(1) sub 1 and 4 of the Evidence Act.
He told the court that since Mr. Bello did not counter-sign the statement he could not be cross-examined on the statement. According to him, Mr. Bello is not the appropriate person to tender the document in evidence.
The prosecuting counsel, Offem Uket, urged the court to allow the witness to tender it and cited Sections 52 of the Evidence Act. He said that the witness was a member of the team that investigated the petition and was present when the defendant made the statements. Mr. Uket further informed the court that the standards practice was that only one person administers cautionary word and counter-sign at a time which PW 1, Ngunnan Kakwagh, did being the leader of the team. He said that even though Mr. Bello was present at the time the statement was made, only one signature was necessary on the statement made by the defendant.
Justice Olasunmbo Goodluck, in her ruling, held that the witness who was part of the investigation team, could tender the document. The court, therefore, admitted the document in evidence. Justice Goodluck also held that Mr. Bello having worked under Kakwagh for nine years could identify her signature and also being a member of the team who investigated the petition. The court also held that caution would be applied by the court in attaching weight to the statement.
Mr. Bello was a member of the team who investigated the matter, told the court that no other member was aware of this second account. The witness, led in evidence by Mr. Uket, said the rule was that ministries or agencies could not invest fund without the approval from the office of the Accountant General of the Federation (AGF).
He said that the committee presented a request of N164 million and it was paid into the committee’s official account with the Zenith Bank by the presidency. He said that Mr. Oronsaye also presented the same request to Central Bank of Nigeria and was also paid. Mr. Bello said also that when Mr. Oronsaye wanted to open the account, the account officer raised question of number of signatory and letter of approval from AGF office. He said that the rule was that at least there must be two signatories to such account but Mr. Oronsaye told them that they should go ahead.
The witness told the court that there were 26 investments into the account, four in-flows of N50 million, N90 million, N45 million and 100 million.
Mr. Bello told the court that the first N50 million was withdrawn remaining less than N500, 000. The witness said that out of this amount, N45 million was from the office of National Security Adviser (NSA) and it came in nine million naira each time. He said the rule was that any idle money in the ministries or agencies should be invested in treasury bills and that only AGF could give approval for opening of government accounts.
Mr. Bello went further to say that Presidential Committee on Financial Action Task Force was not a permanent committee and should not have idle funds.
Barnabas Hunjo, Esq.

ALSO READ   JUSUN Strike: NLC May Shut Down The Country Over Financial Autonomy Of Judiciary

Take A Guess: What Designer is “Squib” Wearing?