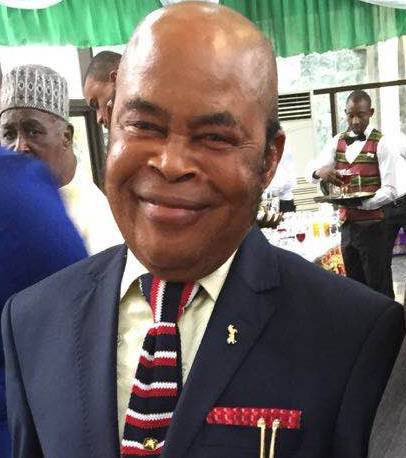 The Federal Government will on November 21 arraign a Justice of the Supreme Court, Justice Sylvester Ngwuta, before the Federal High Court in Abuja on charges of money laundering and others relating to violation of provisions of Immigration Act relating to obtaining of passports.

Our correspondent learnt on Thursday that the case had been assigned to Justice John Tsoho.

It was gathered that the court’s registrars, had on the instruction of the judge, issued and served notices for the arraignment scheduled to hold on Monday on parties to the suit.

The Office of the Director of Public Prosecution on Wednesday confirmed to our correspondent that it had received the court’s hearing notice.

The Office of the Attorney General of the Federation and Minister of Justice had on Wednesday amended the charges raising fresh allegations of money laundering involving N505m against him.

It was alleged that the sum of N505m was part of proceeds of Ngwuta’s “unlawful” activities.

The defendant allegedly transferred the total sum of N505m “denominated in naira and US dollars” to a building contractor between January and May 2016.

The prosecution alleged that the Justice of the Supreme Court transferred the total sum of N130m to Nwamba Linus Chukwuebuka, a building contractor, on January 4, 2016.

Ngwuta was also accused of transferring the sum of N165m to Chukwuebuka “on or about April 2016” and another sum of N100m to the building contractor “on or about” the same period.

He was also charged with transferring the sum of N110m to the same person “on or about May, 2016.”

The sum of money allegedly transferred to the building contractor by the judge within the five-month period totalled N505m.

The alleged offences contained in the first four counts of the amended charges were said to be contrary to Section 15 (2) (d) of the Money Laundering (Prohibition) Act 2012 (as amended) and punishable under Section 15 (3) of the same Act.

As alleged in the old set of charges, Ngwuta was accused in the amended charges of retaining N35,358,000; $319,596 and £25,915 during the raid on his house by the operatives of the Department of State Services between October 7 and 8.

The various sums of money were also described by the prosecution as proceeds of “unlawful” activities of the justice of the apex court.

The offences were said to be contrary to section 15 (2) (d) of the Money Laundering (Prohibition) Act 2011 (as amended) and punishable under section 15(3) of the same Act.

Apart from the money laundering charges, Ngwuta was accused of passport offences in counts eight to 14 of the amended charges.

He was accused of being in possession of two valid diplomatic passports and another two valid standard Nigerian passports, when his house was raided by DSS operatives on October 8, 2016.

He also allegedly submitted multiple applications, made false information of loss of the passports and of his age with intention to obtain multiple of the passports in violation of various provisions of the Immigration Act 2015.

According to the proof of evidence accompanying the charges, the prosecution has lined up five witnesses against the Justice of the Supreme Court.