Home News The DSS has done nothing wrong for now, in my view! –... 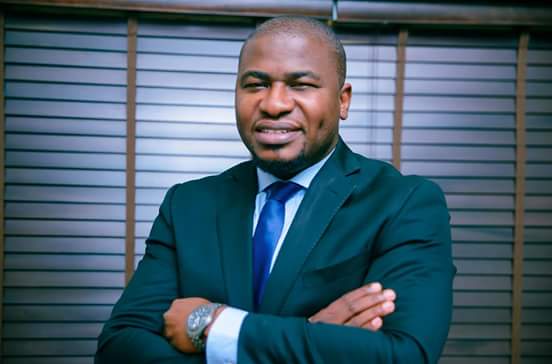 Judges are not immune from arrest or prosecution for corruption. Section 36 of the Constitution categorically states that any person may be arrested “on reasonable suspicion of having committed a criminal offence” Judges were not made an exception. In the wisdom of drafters of the Constitution, only the President, Vice-President, Governors and Deputy-Governors enjoy immunity from prosecution. Judges do have some sort of immunity though. But it is immunity from civil lawsuits by litigants for anything done in an official capacity by the Judges. But I’m sure nobody can argue that corruption is one of the official acts of a Judge. You may want to see the House of Lords reasoning in Re: Pinochet on how you lose your immunity once your act cannot be construed as an official act.So please, Judges, like everybody else, have no immunity from prosecution for corruption and certainly CAN BE ARRESTED.

I have heard arguments that they should have been referred to the NJC. This is quite a stupid argument to make, considering that the NJC is just an administrative disciplinary organ of the Judiciary and has no prosecutorial powers for crimes. This is far beyond the NJC. Yes, the NJC can recommend the dismissal of the Judges but that certainly does not foreclose their prosecution.Someone even talked about the judiciary being an arm of government and should not be interfered with by the executive. How bland an argument!! I wish they had referred to the law they were relying on to make this argument. Anyways, enforcement of the law will always lie with the executive, and the DSS is a law enforcement agency of the executive arm of government. Unless we are to argue that laws cannot be enforced against Judges, in which case i would just give up.

Someone said it was wrong to have raided the Judges’ home at night without warrant. Who said this anyway? I think that person cannot be a lawyer. I’ll tell you why. In the US, there is the legal principle called the fruit of the poisonous tree doctrine. This doctrine states that evidence obtained illegally cannot be admissible in Court against a suspect. So if you effect an arrest or obtain evidence illegally, no matter how damning that evidence is, it will not be admissible in the US Court and your suspect or accused will walk away a free man. The belief in US is that if the tree is bad, then the fruit, that is the evidence, must necessarily be bad too. Now when this doctrine was argued before the Nigerian courts, guess what the Judges decided? Yes, they decided that no matter how unlawful the process of obtaining evidence was, it would be admissible to convict in Nigeria. Consequently, no accused person can ever go free because he was arrested in the night instead of the day, or that he house was searched without warrant. IT IS IMPOSSIBLE TO SUCCESSFULLY MAKE THAT ARGUMENT IN NIGERIAN COURTS!! It is how our Judges interpreted the law. The chicken has only come back to roost!! Are we to change the law the Judges upheld as right just because it’s back to bite them?

Even then, let us not forget that in 2009, in this same USA, a sitting Governor of the State of Illinois, Rod Blagojevich, was arrested in a dawn raid by FBI agents, quite like what the DSS did, on corruption charges. He was eventually impeached and convicted of the corruption charges. Well, that was America where issues of corruption are taken very seriously. We think differently in Nigeria.

I remember Ricky Tarfa’s issue began like this. As a joke. Over 90 SANs went to put an appearance for Ricky Tarfa “in show of solidarity” on the first day of his arraignment, until the man himself filed an affidavit stating that he actually gave a Judge, before whom he had cases, money for ‘burial.” The next date of the case, the numbers of lawyers showing “solidarity” dwindled dramatically. Who would have thought that a SAN would do such things? But it happened. In Nigeria. It is happening everyday in fact. The sorts of bribery going on in the Judiciary is simply mind-boggling. Oh well, how do you suppose Ibori was set free by Nigerian Courts for the same crimes he was convicted of in UK courts? How do you suppose Peter Odili procured a perpetual injunction to free him from prosecution for corruption? Corruption in the Nigerian judiciary is as filthy as the Augean stables. Perfunctory cleaning will not do. Like Hercules, we will need to divert the flow of rivers through the judiciary to clean its mess. One thing I, Fidel Albert, will not do, i will never join the NBA in any solidarity strike or protests on this issue. I will never shield anybody accused of corruption. When you are persecuted for no cause, only then will i come to your defense. And my reason is simple. I am that lawyer who has no life outside of my work. I burn my candles on both ends to prepare for cases. Because of this, i don’t have many friends or a buoyant social life. It then pains me when i have to lose a case, not because my argument was not correct, but because the Judge was bribed. It pains me even more when the Client thinks it was my fault.

This is why appellate Courts in Nigeria now hand down Judgments that inferior courts refuse to follow. Because they sometimes simply turn the law on its head on very clear and obvious points. Believe it or not, stare decisis is dead in Nigeria. Why are there so many conflicting decisions of the Court of Appeal? Where did inferior courts get the effrontery to dissent and depart from Supreme Court decisions?

I recently read a UK decision where someone had tried to argue that the same issues were already pending in Nigerian courts and so should not be re-litigated in the UK. It was so sad the way the British Judges smirked at the argument and immediately dismissed it and continued the proceedings in the UK. They did not for once think that pendency of the same issues in a Nigerian court was a serious constraint to their jurisdiction because, according to them, the Nigerian courts would take forever to resolve the issues and there was no assurance of the integrity of the system.So they proceeded with the case in UK anyway! That was a sad indictment. But, it is understandable for a UK Judge to think this way of the Nigerian Judiciary with all sorts of tales of soddy dealings with Judges because no UK Judge has EVER been sacked for corruption in the history of their judiciary. They simply do not have those kind of characters on the English bench deciding people’s fate of a daily basis. Lucky English!

Now let’s continue our talk on Nigeria. Do you remember Wamakko’s case in the Sokoto Gubernatorial elections? Well, I still do not believe what happened in that case. The Constitution had stated that Governorship petitions ended at the Court of Appeal. The Supreme Court had no jurisdiction over Governorship appeals at the time. But the then Chief Judge, Katsina-Alu, for the first time in the history of Nigeria, arranged to have the case heard as an appeal to the Supreme Court, even without constitutional jurisdiction, simply because, as we later got to learn from Justice Salami’s affidavits, he had vested interest in the case. Now, a few years later, Olujimi SAN went to the Supreme Court on a matter that the Supreme Court did not have jurisdiction and rightfully in my view cited this same Wamakko’s case as authority, but the Supreme Court ducked and said the Wamakko case was a one-off decision, or something to that effect. Can you beat that? The Supreme Court was too ashamed to follow its own earlier decision!! Now Katsina-Alu is enjoying retirement, fully paid for by my taxes. But that is just one instance. I can give you 2,000 other examples off the top of my head of similar incidents in recent times.

Previously, not so long ago, Nigerian Judges were the toast on the African continent. Justice Udo Udoma was Chief Judge of Uganda. Akinola Aguda was Chief Judge of Botswana. Justice Charles Onyeama, Justice Teslim Elias, Bola Ajibola, Chile Eboe-Osuji, etc, all sat as Judges of International Court of Justice and other tribunals. Every country wanted a Nigerian Judge on its bench. In fact Elias, because of his brilliance, had one of the longest tenures as a Judge in the history of the ICJ. He served for 15 years. This were incorruptible men. But today, countries would think twice before touching a Nigerian Judge with a ten-meter pole. Gambia tried it recently, and got its fingers burnt. It appointed Joseph Wowo as President of its Court of Appeal. Not long after, this fellow was caught on tape negotiating a bribe from a litigant, over a bottle of Hennessy. The President of a Country’s Court of Appeal. He has since gone into hiding.

I did election petition last year. In fact, we handled 22 petitions in all. I know what we passed through in those cases. I know what went down in those cases. But i’ll say no more on this. I’ll just leave it at saying: “Let the law take its course”. And as the Judges themselves say: “No one is above the law.”

The DSS has done nothing wrong for now, in my view!!

Arrangement on Discounted Flight for Young Lawyers not Concluded