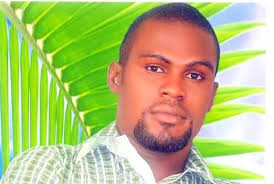 Gideon Ekere, a journalist in Akwa Ibom State, has been charged with criminal defamation, for linking the state governor, Udom Emmanuel, to a sex story published in his newspaper.

Mr. Ekere was consequently arrested by the State Security Services (SSS) allegedly on the orders of Governor Emmanuel, and dragged before a magistrate court in Uyo, February this year.

The case was being prosecuted by the Nigerian police, until the Akwa Ibom State Ministry of Justice took over from them.

Mr. Ekere is scheduled to appear again on Thursday, November 3, before the magistrate, Idongesit Isua.

Victor Iyanam, a lawyer to the journalist, told reporters, Monday, that the case against his client lacked merit, and that he had already filed a motion for stay of proceedings pending a High Court judgment on the constitutionality of the law in which he was being tried under.

Patrick Albert, the Chairman, Nigeria Union of Journalists (NUJ), Akwa Ibom State Council, indicated on Tuesday evening, that the union was yet to be briefed on the case, but that they were however concerned about Mr. Ekere’s rights to carry on with his professional duty as a journalist.

“The law presumes that every citizen is innocent until proven guilty,” Mr. Albert said.  “We are interested to know how possible we can help him (Ekere) out of the case.”