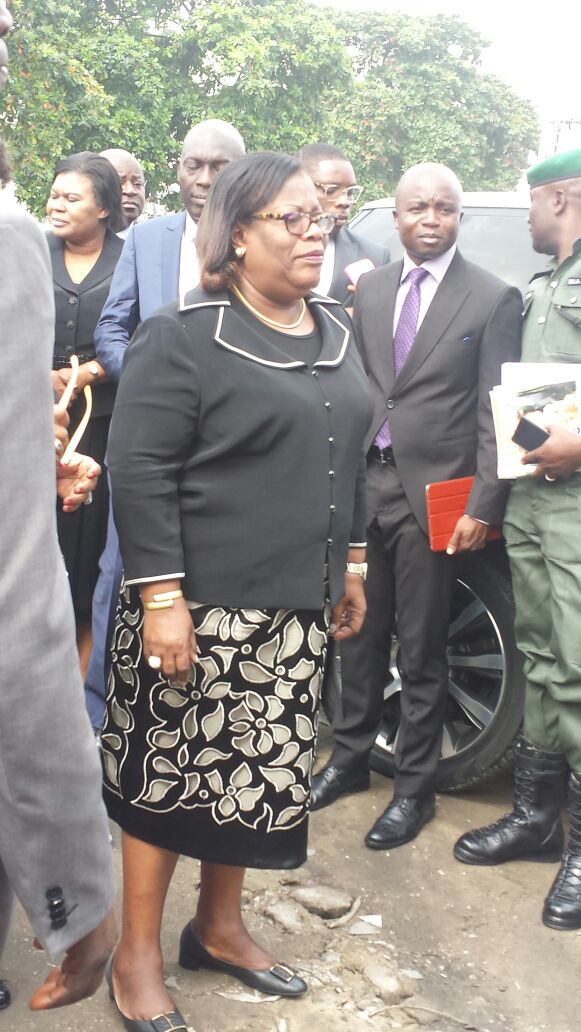 No fewer than 20 inmates of Ikoyi Prison, Lagos regained their freedom in the ongoing  prison decongestion exercise embarked on by the Chief Judge of Lagos State, Justice Oluwafunmilayo Atilade.

The CJ who released the inmates as part of the 2016/2017 Lagos New Legal year ceremony advised the  inmates to stay out of trouble and turn a new leaf. She said “To ensure we give life to eligible and qualified inmates, we have reviewed and freed 20 who are awaiting trial in court. It is a great pleasure to perform the decongestion exercise and grant amnesty to eligible inmates. My administration has set up the Prison Decongestion Committee with a view to discharge and give inmates fresh air to breathe.

She acknowledged that her administration has been able to free a total of 2055 inmates and is putting more efforts to work in accordance with the law in giving freedom. She therefore enjoined the inmates to stay out of trouble and sin no more.

Tinuoye Olumide, the state controller of prison applauded Her Lordship’s efforts in this regard. He said “I appreciate your efforts geared towards the decongestion exercise but I plead with you to visit more often to perform this exercise. The prison can’t accommodate the numerous inmates her and in order to curb this, we built the 3R Club. This 3R club which means Reformation, Rehabilitation and Re-integration) is a program established to train inmates. We are building these people to become better persons to themselves and the outside world.

In his speech, the Deputy controller of Ikoyi prison Mr. Ezugwu Julius appreciated the effort of Her Lordship and that of the New legal year event’s committee for including the decongestion exercise in their ceremony. He described the act as that of granting justice to those who deserves it. He therefore appeals to the Chief Justice of Lagos, Justice Olufunmilayo Atilade to make the visitation regular.

He also noted that Ikoyi prison is run as a full correctional institute for reformation and rehabilitation of offenders in contrast to the erroneous impression or notion of Nigerian Prisons as mere warehouse for criminal elements or a dungeon.

Blasphemy: NBA Wades Into Denial of Yahaya Sharif-Aminu Access to...