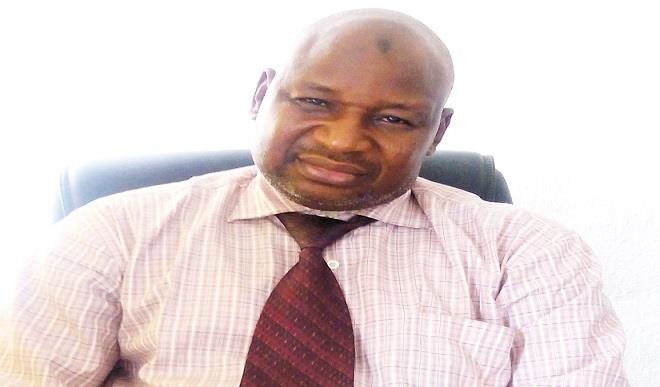 Barrister Nureni Sulyman is a lawyer with over 15 years post-bar experience. In this interview, he speaks on why he has been representing suspected terrorists in court, the threats he has faced and sundry matters. Excerpts:

Why do you like to represent suspected terrorists in court?

My reasons for representing suspected terrorists in court are multifaceted. Two things specifically motivated me. As young lawyer, my first purpose for going into terrorism cases is to develop myself as a lawyer and develop how to promote my practice. I discovered that terrorism cases were new in our criminal jurisprudence and many people were running away from it for two reasons; one, they feel if they should succeed, the victims might attack them and, on other hand, if they lose the case, the unknown terrorists might come after them.

My first terrorism case was FRN vs Ahmed Salisu and 5 others. That is the Suleja bombing case. I watched for more than three times on the television and I saw no lawyer was representing the suspects. I went to the court and discovered that the suspects are in the custody of the DSS. I went there but for a whole day I was unable to see them. The following day, after all lawyers on the side of the prosecution had announced their presences, I announced my appearance for the suspects. I told the court I came to defend the matter pro-bono (free) but the DSS was not cooperating. I further applied for a stand down of the case pending the time I was able to conduct pre-trial conference with my clients. The application was not objected and the judge granted the application. I was able to get the release of one of the suspects and got the jail term of one other reduced from life imprisonment to ten years. I filed appeal on behalf of others but since I did not have the money to pursue the appeal, I rested the case. I also defended the ThisDay newspapers bomber, Mustapha Umar in court. When I got to the court the first day, about four other lawyers told me they were already in the matter so I stepped down. However, immediately after the first day of hearing and the press interviewed the lawyers, they (the lawyers) quickly filed a notice of discontinuance and they withdrew from the matter. I was called upon and I took up the matter.

All through the trials, where you confronted by anyone?

Along the line, some people were constantly calling me with some mobile numbers. I do not know whether they were members of the terrorists group or they were officials of the DSS because I refused to pick the calls. After Mustapha was convicted, I took up some other cases. I was able to get the release of about seven of them. I am presently representing the suspects of the Kuje/Nyanya bombings. When the trial started, some of them told me to contact their relatives for payment, but I refused.
All I have done was to write during the first case, to the Ministry of Justice for them to formally brief me. I was never called upon to that effect.
Have you done other controversial cases?

Yes. When President Muhammadu Buhari lost the election to former President Goodluck Jonathan in 2011, some people protested, about 53 of them in the FCT, Abuja. I was the one that handled the case and I was able to get their release, all 53 of them, free of charge. I have also filed a lot of fundamental human right cases. As a lawyer, I am into general practice. But since I started, my practice has been more or less anchored on criminal trials. Recently, about eight people were arrested, five members of the same family at Rigasa in Kaduna State for terrorism. I filed for enforcement of fundamental human rights. I withdrew the matter when I noticed some technical hitch but I will later re-file the matter.

You complain of finance as your constraint, are you saying you have been handling all these criminal/terrorism cases free of charge?

I have been doing all these terrorism cases pro-bono (free) because I don’t want anybody to link me with any source. I have never collected a dime from anyone. Most of the cases I have done in my life I have been doing it freely and I have been able to secure the release of over 70 suspects so far. I have been so conscious of everything around me. This is why I don’t even have any assistant in my office. I don’t want the situation whereby someone working for or with me, will go and be collecting money that will jeopardise my work.

Will you advise young lawyers to take pro-bono cases?

That is the only way to develop. A bad case makes a good lawyer. Secondly, to ask a young lawyer to start with pro-bono cases might be asking for too much with the way the economy is at the moment. But instead of roaming the street jobless or jumping from one chamber to the other and complaining of low pay, young lawyers can take up some of these cases lying in our courts to develop themselves.

Nigerian police and other law enforcement agencies have been accused of arresting and detaining suspects before they conclude investigation. What is your take on this issue?

Most of the people criticising the police didn’t actually study the enabling laws setting up the police as a body. Section 4 of the Police Act empowers the police to detain a suspect in the name of investigation. Even if as a lawyer, you notice some irregularities during the investigation period, there is no need to try and interfere with their work. You can file for enforcement of fundamental human rights anytime. Another thing is, when you look at the level of crime in our society these days, you don’t blame the police. They are doing their best even with the shortage of manpower.

How do you see the performance of prosecution in the anti-graft war?

The prosecuting teams are trying. The major problems we have is the congestion of cases in our courts. Secondly, the manpower in terms of jurists is a major problem. If government wants cases to move fast, it is possible. We have federal high court in all the states with most of them having little or no cases to attend to. The attorney-general can just design a time frame to summon to Abuja the ones that are not occupied and allot some matters to them even if it is going to be in a shifting-system: some sitting in the morning and others in the evening. The attorney-general can demand for seasoned prosecutors in the justice ministries of all the states, instead of depending on private practitioners. When some of these suggestions are taken into consideration, it will speed up the anti-graft war.