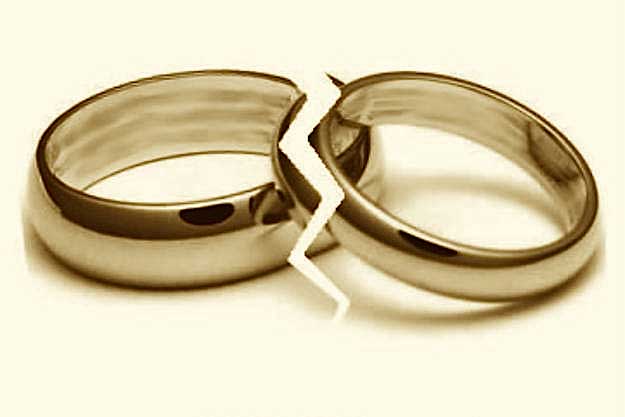 A businessman, Kingsley Agina, has approached an Igando Customary Court in Lagos, to end his 10-year-old marriage to his wife, Obianju, accusing her of bringing men to their matrimonial home for s3x. Agina, 49, told the court on Monday that his wife, with whom he had four children also, poisons his food.

“My wife is promiscuous; she used to bring men into my house to sleep with them, whenever I travelled abroad for business. “There was a day I came back from my business trip, I discovered that my glass center table was broken. “I asked my daughter who broke it, she told me that it was one uncle her mother brought home that broke it. “There was also a day I discovered that my bed was shaking, I called a carpenter to come and repair it.

“ But when we lifted the bed up, we saw several used tissue paper under the bed,’’ he said. The petitioner alleged that his wife used to withdraw money with his ATM card and give her boyfriends. He also accused his wife of poisoning his food. “Since year 2008, I have noticed that my food was being laced with poison, which has resulted to my deteriorating health; I could not sleep nor walk. “I have spent about N5 million on medical treatment, but I never get well in fact my health is getting worst.

“My mother-in-law is a native doctor, she has a shrine; she has been the one giving her daughter poison to kill me so that they can inherit my property. “Since I became sick, my wife’s parent never called or came to my house to ask how I was feeling,’’ he said. Kinsley begged the court to dissolve the marriage on the ground of lack of love. Obianju, 35, a businesswoman, however, denied all the allegations.

She said that it was her husband that was promiscuous. “My husband brings home different girls of different sizes and colours. “I once saw condom in his bag, so I went to buy him a packet of condom and gave him. “ He queried me on my action and I told him that he needs it, so that he will not contact any disease to infect me. “I have been faithful to our marital vow; I have never had sex with any other man. My husband married me a virgin at the age of 25,’’ she said.

The mother of four said that she never poisoned her husband. “How will I poison the father of my children, what do I stand to gain, my hands are clean, I don’t know how poison got into his body,’’ she said. Obinaju said that the N100, 000 she withdrew with her husband’s ATM card was for the upkeep of the house. She made a fervent plea to the court not to dissolve the marriage. The respondent said that she still loves her husband. The court president, Mr Adegboyega Omilola, after listening to the couple adjourned the case to Dec. 6 for judgment.

Fayose’s Trial: Banker Testify To How He Moved N1.2bn Cash To...