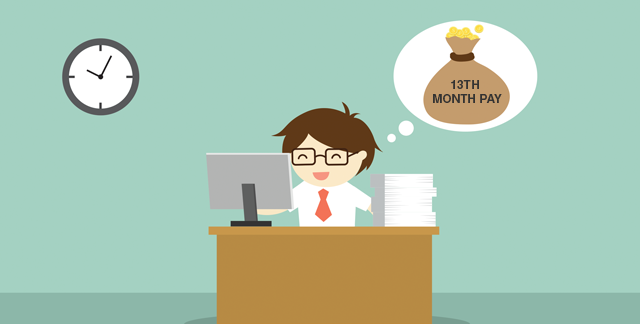 For some organizations with better structures and fantastic employee incentives, at this time of the year, an employee who has worked diligently and achieved several milestones in the year ended would be going home a millionaire or multi-millionaire. With the aid of assessment sheets, the contribution of an employee in an organization is assessed and with an agreed structure, the profit made by the organization is shared amongst employees. This is the globally acceptable standard of treating employees.

With the peculiar nature of Law practice and law firms, no matter what level you are, you would definitely have contributed in one way or the other in the firm’s output for the year. In fact, some lawyers have actually contributed to the financial status of the firm. With all these levels of commitment, it is only expected that at the end of the year, such lawyers are appreciated for the work well done. There are several sad stories I have heard and just a few would buttress the sorry state we have found ourselves.

ALSO READ   Is The Concept of ‘Data Privacy’ a misnomer?

Yesterday I spoke with a friend who works in a law firm somewhere in Ikoyi. One of his Principal’s client had approached him to assist with the sale of a property worth N500,000,000. My friend, in the spirit of loyalty, said to the client, “I would have to inform my principal so that whatever the commission is, it would go to the firm”. The client told him that he knew it is a brief that should ordinarily go to his Principal but he has seen that my friend is the person who does his matters and he only wish to compensate him. Note, the commission on that sale is 10%, that is N50,000,000. My friend was loyal. He is one of a kind, a rare breed. My friend is one person who is a Nigerian from the extraction where people say money is worshipped but who has shown in character and deeds that money is the least of the most important things in life. How is that?

So my good friend took the brief to his Principal. Surely he was praised for being a loyal junior and he was schooled on how clients would want to lead him to betrayals. When the sale was concluded, the principal got the 10%. This transaction happened in October this year. My friend was yesterday paid his salary for December without a 13th Month Salary and no profit was shared. Can you beat that? I tried effortlessly to pacify my friend, he has been so angry with himself. Because he is someone whose behaviour I try to emulate, I didn’t do anything that my mischievous mind suggested. I only consoled and comforted. I realized that he did not need me again to decide what to do.  Call it the beginning of disloyalty. Call it the conversion of a one-time angel. All I know is that things would definitely change for him.

Sometime towards the end of November, I ran into a friend whose office is on the Mainland. He had informed me how he alone run his Principal’s office. His Principal is an international person. He flies from one country to the other. My friend does not know exactly what he does junketing around. All that my friend knows is that so many briefs are coming in and the correlating fees are also coming in. He had expressed his hope of sharing some profit with his principal this year since he was the one that did all the work  year. My friend just called me a while ago. His December salary has been paid. Nothing added. He has summoned courage to send an email to his Principal, who he doesn’t know which part of the world he is presently. He wants me to help him go through the email before he sends it. His “instructions” to me: “See, don’t water that email down o. I want him to receive it and ensure he has a heart attack”. Hmmmm…

It does not have to be this way, especially that in this same legal practice, there are firms who take employee’s end of year compensation so seriously that December appears to be their “booms month”. Little wonder some law firms would never have vacancy. Little wonder they also grow in lips and bounds!

Court of Law Must Not Always Refuse a Claim on Plea...

Covid-19: A Perusal of the Rights of Patients – Chidera Nwokeke