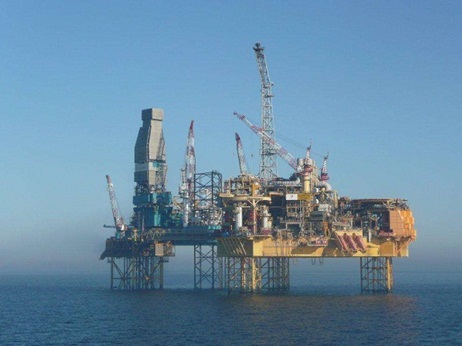 The Federal Government, Agip Oil Company, Shell Petroleum Development Company and seven others have again been dragged before the Federal High Court in Abuja over the ways and manners the shares of Malabu Oil and Gas Limited were said to have been unlawfully transferred to unauthorised persons.

The suit is the second one in a week on the ownership of the company.

They are challenging how their shares were allocated without their authority.

Others joined as defendants in the suit are the Corporate Affairs Commission, Kweku Amafegha, Munamuna Seidougha, Amaran Joseph, Attorney General of the Federation, Petroleum Minister and the Department of Petrol Resources.

Abacha had earlier on Friday filed a suit seeking to reclaim the OPL 245, which the Federal Government was accused of re-allocating to Shell and Agip without the consent of Malabu Oil and Gas Limited, where he is the largest shareholder.

In this new suit, the plaintiffs are praying for a declaration that Amafagha and Seidougha jointly hold 70 per cent shareholding in the equity of the 1st plaintiff.

They also want a declaration that the duo have not divested themselves of their respective shares in the equity of Malabu Oil and continue to be shareholders and Directors of the oil company.

In addition they are praying for a declaration that all the resolutions passed by the purported directors of Malabu Oil and all alterations made to the Malabu Oil document in its original file at the CAC office, which affected and changed the shareholding structure of the oil company from 1998 to 2010 being unauthorised, are illegal, null, void and of no effect.

They want a declaration that forms CAC 2 and 7 (Statement of Shares Capital and Return of Allotment of Shares) dated June 9, 2010 prepared and filed by one Ayo Ademola purporting to transfer Abacha’s 10,000,000 shares in the equity of Malabu Oil to one Seidougha Munamuna (2nd defendant), the 6,000,000 shares of one Kweku Amafagha (1st defendant) to Amaran Joseph (3rd defendant) and Hindu’s 4,000,000 shares to the same Amaran Joseph is illegal, null and void same having been prepared and filled are without the consent, knowledge and authority of the 2nd and 3rd plaintiffs.

They further want a declaration that the resolution dated June 9, 2010 purporting to validate the three Shares Transfer Agreements of the same date purportedly transferring the shares of the 2nd plaintiff to Seidougha Munamuna (2nd defendant), the shares of Kweku Amafagha (1st defendant) and Hassan Hindu to Joseph Amaran (3rd defendant) are all null and void, not having been authorised by the 2nd and 3rd plaintiffs.

Also the plaintiffs want a declaration that the purported surrender of Malabu Oil’s title, right and interest in Oil Prospecting Licence 245 to the Federal Government of Nigeria under the Malabu Settlement Agreement dated April 29, 2011 whereby the oil company allegedly relinquished all claims to OPL 245 and agreed to all future actions, which the Federal Government of Nigeria may take with respect to OPL 245, is null and void, the said surrender having been carried out on behalf of the 1st plaintiff by persons who had no authority to so act.

Furthermore, the plaintiffs are praying for a declaration that the subsequent purported allocation of Malabu Oil’s titles, rights and interest in OPL 245 to a consortium of Shell Nigeria Exploration and Production Company Limited (5th defendant), Nigerian Agip Exploration Limited (6th defendant) under a resolution Agreement dated April 30, 2011 is null and void, same having been predicated on the unauthorised surrender of the 1st plaintiff’s interest in same.

They are also praying for an order setting aside the letter dated May 11, 2011, with reference no: HMPR/07/01, addressed to the Managing Director of the 6th defendant titled RE:OPL245 Resolution Agreement/Letter of Award, signed by the then Minister of Petroleum Resources, Diezani Allison-Madueke, to grant approval for the said award of OPL 245 jointly to Shell Nigeria Exploration and Production Company Limited (5th defendant), Nigerian Agip Exploration Limited (6th defendant).

In addition, they want a declaration that Malabu oil is the holder and continues to hold all the titles, rights and interests in OPL 245.

In the plaintiff’s joint statement of claim, it was stated among others that the issued share capital upon incorporation of Malabu oil was N20 million divided into 20 million ordinary shares with a nominal value of N1 each and the equity of the oil company shared amongst its initial subscribers and their respective holding is as follows:

The plaintiffs also averred that the Articles of Association of the oil company prescribes that shares are transferable by written instruments signed by the transferor to the transferee and the transferor remains the shareholder until the transfer is entered in the 1st plaintiff’s register of members, neither the 2nd plaintiff, nor the 3rd plaintiff has ever signed any instrument, document or allowed any documents to be signed on their behalf purporting to transfer their original shares in the equity of the plaintiff.

More so, the plaintiffs in their particulars of fraud stated: “That the 1st to 3rd defendants and their cronnies fraudulently altered the shareholding structure in the equity of the1st plaintiff in the years 1998, 2000, 2006 and 2010 without the authorization, consent and knowledge of the 2nd and 3rd defendants.”

They further claimed that the sum of $1,092,000,000.00 was paid into a Federal Republic of Nigeria Domiciliary escrow Account No. 41454193 domiciled in JP Morgan Chase Co. London to be passed to Malabu Oil and Gas as consideration for the surrender of its asset (OPL 245) was frittered away by Amafagha, Seidougha and Chief Dan Etete and that Malabu Oil did not benefit a dime from the transaction.

It was also averred that the AGF and Minister of Petroleum Resources connived with some officials of the Federal Government without regard to due process, caused and facilitated the execution of the illegal surrender and purported reallocation of OPL 245 to Shell and Agip and the subsequent transfer of the compensation from the account of the Federal Government of Nigeria to the 1st to 3rd defendants.

No date has been fixed for hearing of the suit.

NJC Recommends Appointment Of 22 Judicial Officers For Federal And State...