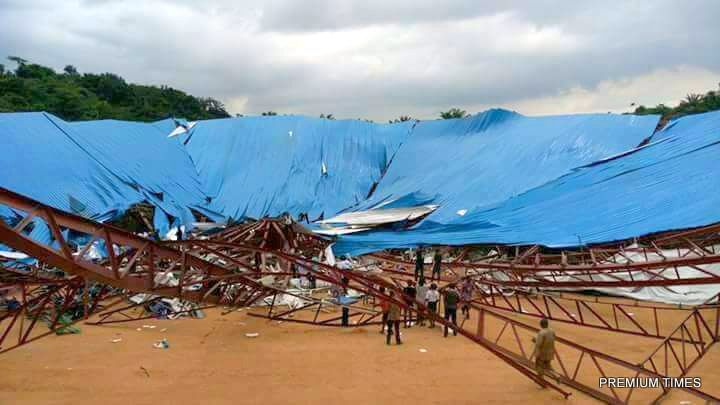 Barely one week after the commission of Inquiry into the collapsed Reigners Bible Church, Uyo, Akwa Ibom State, which killed scores of worshippers last December,  gunmen have shot the lawyer who represented the founder, Apostle   Akan Weeks.

The lawyer, Obong Ini Ekpo, who was the lead counsel to Weeks, was said to have been shot in both legs by the assailants who stormed his Osongama Housing Estate home, about 2:27 pm.

Our correspondent gathered that the gunmen forcefully gained entrance into the lawyer’s compound after destroying the gate.

Ekpo, was said to be rushed to the Intensive Care Unit (ICU) of an undisclosed hospital in Uyo, the state capital.

Ekpo has been defending Apostle Weeks since the inauguration of the Commission of Inquiry set up by Governor Udom Emmanuel immediately after the church collapse.

The Police Public Relations Officer (PPRO), Ms Cordelia Nwawe, said she was yet to be briefed on the incident.