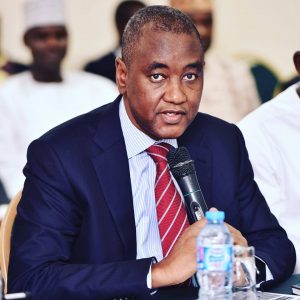 The Nigerian Bar Association Uyo branch and indeed the entire people of Akwa Ibom State are set to play host to the National Executive Council meeting of the Association. The NEC meeting is expected to commence on Wednesday November 22, 2017 and end on Friday November 24, 2017.

In a release signed by Bassey Ekanem Esq., chairman of the Local Organising Committee for the meeting and made available to our Correspondent, the NBA NEC meeting is scheduled to hold at the Le Meridian Hotel and Golf Resort. The NEC meeting, he noted, is constituted by National Officers of the NBA, Chairmen and Secretaries of NBA branches, past National Presidents and National Secretaries, one NEC representative from each branch and a selection of Senior  Advocates of Nigeria.

Mr Ekanem noted that the NEC meeting which will be chaired by the National President of NBA, Abubakar Balarebe Mahmoud, will be declared open by the Akwa Ibom state governor, Mr. Udom Emmanuel, who will use the occasion to showcase his major achievements as governor of the state. The meeting will also receive keynote addresses from the Akwa Ibom state Chief Judge, Honourable Justice Godwin Abraham as well as the Honourable Attorney General of the state, Mr. Uwemedimo Nwoko.

The LOC chairman stated that NBA NEC will at the meeting deliberate on major NBA issues and matters of national importance. He noted that over the years NBA has through its institutions like NEC contributed its views and stands on pressing national issues and that this NEC will not be an exception in this regard.

ALSO READ   IACD: Fight Against Corruption Must Not Be Selective or Discriminatory – NBA President

Mr Ekanem further stated that issues pertaining to the welfare and well being of lawyers and the legal profession would also receive the attention of the National Executive Committee meeting.

Part of the Programmes for the meeting include, a welcome cocktail party to be hosted by the State Chief Judge at the Judiciary Headquarters Uyo and a gala party to be hosted by  Mfon and Paul Usoro, SAN on the day of arrival for the meeting on November 22, 2017. On the second day, delegates will be treated to a breakfast at the Multipurpose hall of the state judiciary, by the state’s Attorney General and Commissioner for Justice, after which the council will hold its opening session, where the Akwa Ibom state governor, Mr. Udom Emmanuel is expected to declare the NEC meeting open with a keynote address. Later on Thursday, the state governor will host the National President and NEC members to a state dinner.

The National President of NBA will on Friday lead a delegation of NEC to pay a courtesy visit to the state governor at the Government House, where issues concerning the state as well as matters affecting lawyers and the legal profession in the state would be discussed.

The LOC Chairman charged the people of the state to use the opportunity provided by the NEC meeting to showcase the famed hospitality of the people of the state to the guests. He assured delegates that the state was ready to receive them and accord them the highest level of hospitality and love. He further urged the delegates to use the occasion to find ways they could come in and take advantage of the enormous economic and social potentialities that abound in the state and invest, assuring them that the state remains the most peaceful and economically viable in the region.