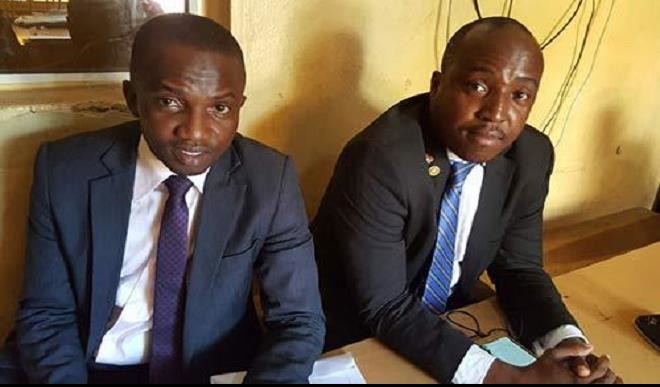 The chairman of the Nigerian Bar Association (NBA), Abuja branch, Ezenwa Anumnu and the Secretary, Lawrence Erewele have petitioned the President of the association, Abubakar Mahmoud (SAN) challenging their purported sack by the National Executive Committee (NEC).

In a letter dated March 6, 2017 and jointly signed by the two officers, insisted not to accept their purported sack on the grounds that only the Annual General Meeting (AGM) can make such pronouncement.

The officials pointed out that the purported resolution by NEC meeting in Aba on March 2, which removed them from office is “unconstitutional, impractical and an affront on institutional discipline.”

Anunmnu and Erewele alleged that former branch chairman, Agada Elachi contravened the Bye-Law by unilaterally appointing a standing committee, which led to their being disqualified, a decision they challenged and upturned by the NEC in Jos.