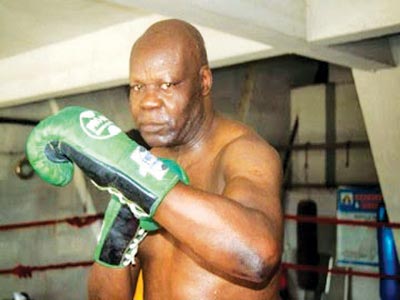 International boxing champion, Bash Ali has filed a N1 billion suit against the minister of sports before a High Court of Abuja, over the alleged violation of his fundamental human rights.

Listed as respondents in the suit, apart from the sports minister are, Nansel Nimyel, Inspector General of Police, Charles Boga and one Mr Joseph.
The athlete is asking for the sum of N1 billion as compensatory damages and public apology in two national newspapers for the violation on February 13, 2017. He is also asking for the sum of N8 million as cost of litigation.

In his affidavit in support of the application, the plaintiff claimed that Police officers attached to the office of the minister assualted him on that date.

He averred that he had been frequenting the office of the minister in respect of an International Boxing event billed to be hosted in Nigeria.

“On February 10, 2017, I and my Local Organizing Committee went to the office of the Minister where we were told by the acting Permanent Secretary that the Minister has asked that I should come on February 13, 2017 and that everything will be resolved on
that day.

Ali stated further that he protested and was shouted down by the 2nd respondent and was pushed out of the office before the policemen attached to the office pounced on him.

“Members of the police led by the (second respondent) Special Assistant to the Minister of Youth and Sports, Nansel Nimyel, assaulted and beat me up. They hit me to the ground with the butt of their guns and pummeled me into a state of unconsciousness,”he claimed.
No date has been fixed for hearing.