Home Court room news Only Bastards will have Sex with Their Wives and still Beat Them... 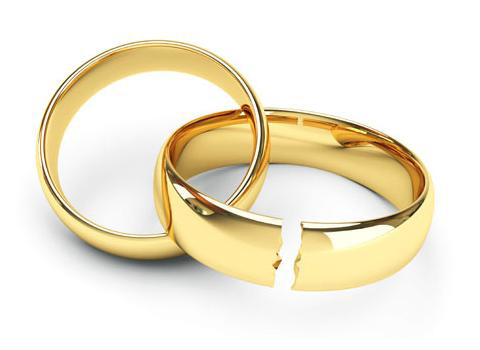 The President of the Abeokuta Customary Court Grade II, Chief O.O. Akande, has described a man David Ogunkeye as “a bastard” for allegedly turning his wife Sadiat Ogunkeye into a punching bag and still having sex with her.

The court president urged Ogunkeye to turn a new leaf, or else he would suffer the implications of raising his hand to beat his wife.

Ogunkeye’s mother testified that she saw her son slap Sadiat “only three times” but had immediately chided him for the action.

Sadiat, who is nursing a month-old baby named Joseph, had approached the court to dissolve her two-year-old marriage to her husband, whom she accused of constantly beating her.

“How can you raise your hand to beat your wife? Whatever that must have happened, the law does not permit that. You are lucky that this case is not before a respected judge at Isabo; she would have sent you to Oba (prisons) for three months before even hearing the case. You yourself admitted here beating her. Your mother admitted same. Your father-in-law gave you his phone number to call him anytime there is a quarrel, but you would rather turn your wife with a month-old baby into a punching bag,” Akande said.

Narrating her ordeal before the court, Sadiat, who also came with her father, Mr. Tajudeen Osundeyi, as witness, said she had lost their first baby as a result of her husband’s incessant attacks on her. “Yet, because of my love for him, I would resolve whatever disagreement I had with him. But in no time again, he would still beat me at any slightest disagreement.

“Barely four weeks after my delivery of our baby, he beat me to the extent that blood was coming from my mouth. I called my parents again, and when they saw what had happened, my father decided to pack my belongings and I came here to seek divorce.”

Ogunkeye, a tyre seller, said while part of the story told against him might be correct, others were not. “The story of the death of my first child was not as a result of fighting but because of our inexperience of taking care of a new born baby. My wife always wants to show that she is the husband at home. She does things at her pleasure. I did not hit her as claimed before blood was coming from her nose. I only threw a light jab at her,” he said.

The husband’s father, Mr. Samuel Ogunkeye, pleaded before the court, “Sadiat is still our wife and we want her back. It was her father that came to pack her belongings. We still want her as our wife.”

Chief Akande, believing that Sadiat could still have a change of mind, said, “The truth of the matter is that beating your wife is irresponsible and criminal. As it is, we will want both parents to go back home and make peace.”

He adjourned the case to December 7 for the court to be briefed on the outcome of the parents’ intervention.

You Must Face Trial Over Land Fraud – Judge tells Lawyer