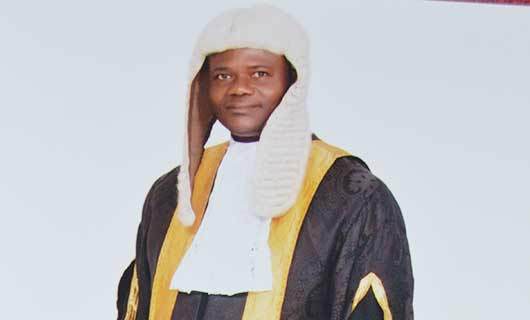 The Legal Practitioners’ Privileges Committee has withdrawn the Senior Advocate of Nigeria rank from a lawyer, Mr. Beluolisa Nwofor, who represented the Ali Modu Sheriff faction of the Peoples Democratic Party in the legal battle for the party’s ticket ahead of last year’s governorship election in Ondo State.

The Sheriff faction had recorded a temporary victory by obtaining a judgment of the Federal High Court in Abuja, which recognised the faction’s preferred aspirant, Mr. Jimoh Ibrahim, as the PDP’s governorship candidate for the said governorship poll.

The victory was truncated few days to the election when the Court of Appeal in Abuja in its judgment delivered on November 23, 2016, retrieved the ticket from Ibrahim and returned it to Eyitayo Jegede, who was the candidate of the rival Ahmed Makarfi-led faction of the party.

The LPPC, in a statement dated Thursday but released late on Friday, described the conduct of Nwofor during the hearing of the case as “unbecoming of the holder of the esteemed rank of Senior Advocate of Nigeria.”

The statement signed by the Chief Registrar of the Supreme Court and Secretary of the LPPC, Mr. Ahmed Saleh, stated that the decision to strip Nwofor of his SAN rank was based on a petition filed against the lawyer by the Court of Appeal.

“By reason of the foregoing, the rank of Senior Advocate of Nigeria (including its privileges) has been withdrawn from B.E.I Nwofor Esq., forthwith.”

It will be recalled that Nwofor had a rancorous encounter with the Justice Ibrahim Saulawa-led three-man panel during the hearing of the case by the Court of Appeal. Specifically, the November 16, 2016 proceedings went on for over five hours in a tense courtroom charged by the confrontation between members of the Justice Saulawa-led panel and Nwofor.

Also before the conclusion of the case, Nwofor also on behalf of his client filed before the Supreme Court, two motions, one of which asked for a stay of the appeal court’s proceedings.

The Supreme Court on November 22, 2016, dismissed the two motions, paving the way for the Justice Saulawa panel to go ahead to deliver its judgment in the Ondo State PDP case earlier reserved to await the decision of the apex court.

Incensed by the motions which Nwofor filed on behalf of his clients, the Supreme Court after dismissing them, awarded cumulative fines of over N10m against the applicants and Nwofor, their lawyer, for filing the applications adjudged to have constituted an abuse of court process. The Justice Saulawa-led panel of the Court of Appeal eventually on November 23, 2016, delivered its judgment in which it sacked Jimoh Ibrahim as the PDP’s candidate in the governorship election.

The Court of Appeal in the said judgment returned the ticket to Jegede, who eventually contested but lost the November 26, 2016 poll to the All Progressives Congress’ candidate and now incumbent governor of the state, Mr. Rotimi Akeredolu.