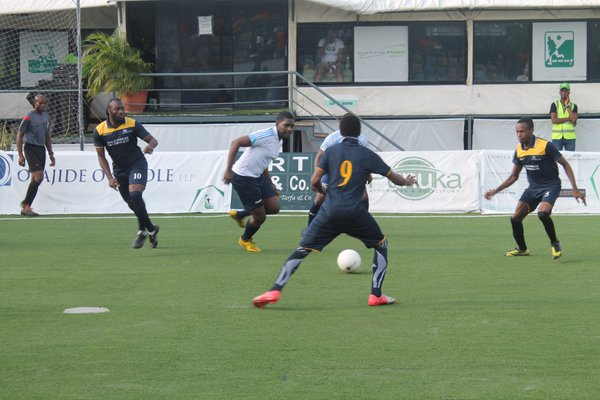 Just like last year, scores at regulation time was goalless. None of the two teams could end the deadlock even in the extra time, a situation that dragged the game into shoot out to determine the champion of the 2017 edition.

However, fate smiled on Falana as the duo of Tayo Fashesi and Adedotun Isola- Osobu put their kicks behind OAL goalkeeper. Only Dare Owolabi was able to convert his own kick for OAL’s consolation goal. In the third place match also played at the Astroturf 2000 venue of the competition, Pinhero defeated Templars 2-0 to win the bronze medal. Oghale Enuku scored the brace that handed Pinhero the third place trophy.

Followers of the BOA Lawyers League thought the form displayed by OAL in the semi-final against Templars was enough to put fears into Falana. OAL showed their determination to avenge the 2016 defeat in the final when they ruthlessly dispatched Templars in the first semi-final played penultimate weekend. The tournament is held in memory of the late notable lawyer, Mr. Bankole Olumide Aluko, a founding partner in the law firm of Aluko & Oyebode (A&O).