The Lagos State Government has amended the charges it filed against Evans and the five others.

The Director of Public Prosecution, DPP Lagos State, Titilayo Shitta-Bey told Justice Hakeem Oshodi that the amendment relates only to the punishment section for the second charge.

The DPP also submitted that there is no material change in the nature of the offence which still remains conspiracy and the kidnap of one Dunu Donatus.

She urged the court to allow the defendants take fresh pleas to the amended two count charges.

Counsel to Evans, Olukoya Ogungbeje has opposed the move for fresh pleas.

He told the judge that he had only just been served in court this morning with the amended charge and he needed time to confer with his client. 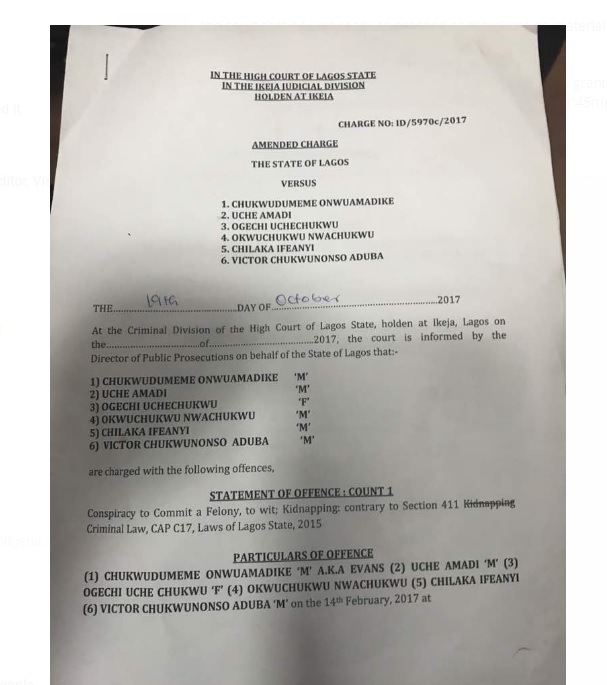 He then asked the court to grant him a short adjournment so he could get a proper brief from his clients on how to proceed.

The other defence counsel except for the counsel for the 4th defendant aligned with his submission. The 4th defence counsel, Mr Olanrewaju Ajanaku told the court that he was ready to proceed as there was no material change in the charges. 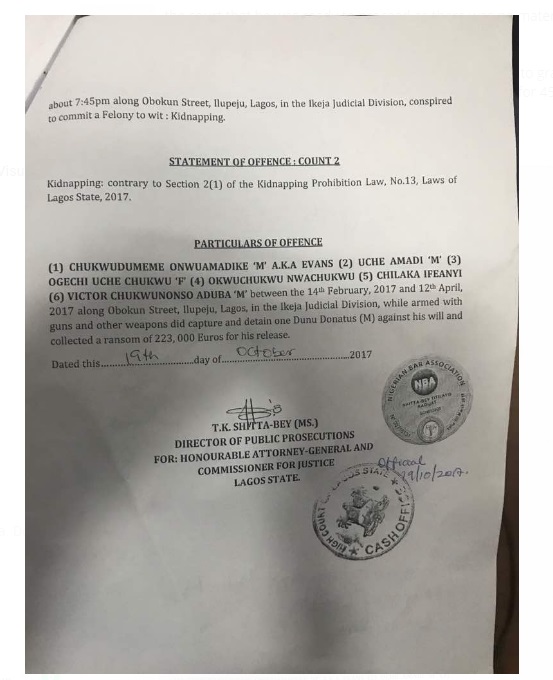 After listening to all the lawyers, Justice Oshodi declined to grant an adjournment but instead opted to stand down the case for 45mins to enable the lawyers to confer with their clients.

The court has adjourned till 11.45am.