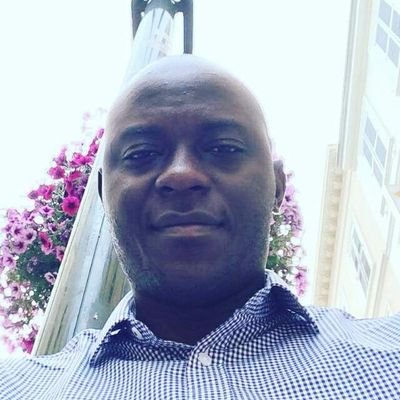 This is an interesting analysis of Fijabi/NBC NAFDAC Case by Rotimi Fawole. Whatever you do, do not fall into the hands of Nigerian Parents’ WhatsApp Community (NPWAC)!!!

My generation does a collective eye-roll at most WhatsApp broadcasts from our parents. There’s usually an unverifiable new miracle fruit or herb or conspiracy theory or health hazard that we all need to be wary of. One of the most recent to make the rounds was the one alleging that Fanta and Sprite had been found to contain ‘toxic levels’ of colouring and preservative agents. The broadcast was uncharacteristically followed by news reports of a certain Nigerian businessman who had tried to export Fanta and Sprite from Nigeria to the UK without determining what regulatory controls applied, got burnt, and then sought to recover his losses from the Nigerian Bottling Company and National Agency for Food and Drugs Administration and Control. The court dismissed the case against NBC (you would think otherwise from the viral messages) but ordered NAFDAC to compel NBC to place a warning on its product labels. NBC has appealed that part of the judgement. I strongly believe their appeal will be upheld and the order to print warnings quashed. In the meantime, what are some of the things we have learnt from the episode?

What Exactly Do Lawyers Do?
Lawyers save businesses money. Back in my Marble House law firm days, a foreign investor looking to export from his/her country into Nigeria would have paid us considerable fees, for pre-investment legal advice well in advance of ordering the first consignment for export. We would have been consulted, through the investor’s local lawyers, on the applicable regulatory regime for the product to be imported, customs duties and procedures, distribution networks, local customs and practices outside the letter of the law and so on. The plaintiff in this NBC case merely showed up at the UK port with his containers and only learned then that they were not compliant with EU regulations. As a result, the goods (now contraband), were destroyed. The lesson is to have good lawyers and to consult them before undertaking any major business spending.

Unsafe for Human Consumption?
One of the planks of the plaintiff’s complaint was that the fact that the soft drinks had been found non-compliant with EU regulations meant they were unsafe for human consumption. It is interesting that this expression is not used anywhere in the letter from the metropolitan authority that tested the plaintiff’s goods and had them destroyed. Rather, the letter said the “Fanta ‘orange’ sample failed due to an excess in sunset yellow colour and both samples failed for excessive levels of benzoic acid…It appears that different countries have different levels for additives.” NAFDAC confirmed under subpoena that the levels were compliant with regulations in Nigeria and those set by the World Health Organisation. NBC volunteered further in its post-crisis statement that benzoic acid was a preservative and that tropical (hotter) countries need higher preservative additive contents than temperate (colder) ones.

The Vitamin C Connection
NAFDAC did not make an appearance in the suit and the official who testified had to be subpoenaed. During this witness’s testimony and cross examination, he said that the soft drinks become poisonous when they come in contact with vitamin C. So, yes, benzoic acid and vitamin C do produce benzene, which is a carcinogen. HOWEVER, there was nothing in the testimony about the levels at which benzene becomes harmful or how much MORE benzene human beings inhale every day from city air or at a petrol station, for example. The indication is that people would need to drink at least 20 litres (5.5 gal) per day of a drink containing benzene at 10 μg to equal the amount of benzene they would breathe from city air every day. If you’re drinking 20 litres of fizzy drinks daily, you probably have other pressing health concerns.

The Nigerian Parents’ WhatsApp Community is a Mighty Force
Very little of the foregoing will register. The plaintiff LOST his case against NAFDAC and the NBC (even with NBC not being represented or defending itself). The defendants did not break any law. The UK authority did not pronounce the drinks unfit for human consumption. However, the consensus is that we’ve been drinking poison all our lives and that the government needs to swing its big and mighty hammer and smash them to smithereens. If you’re an innocent party, pray that you never fall into the hands of the NPWAC, for it is a terrible thing. If you’re in trouble, pray hard that the NPWAC will line up strongly behind you.