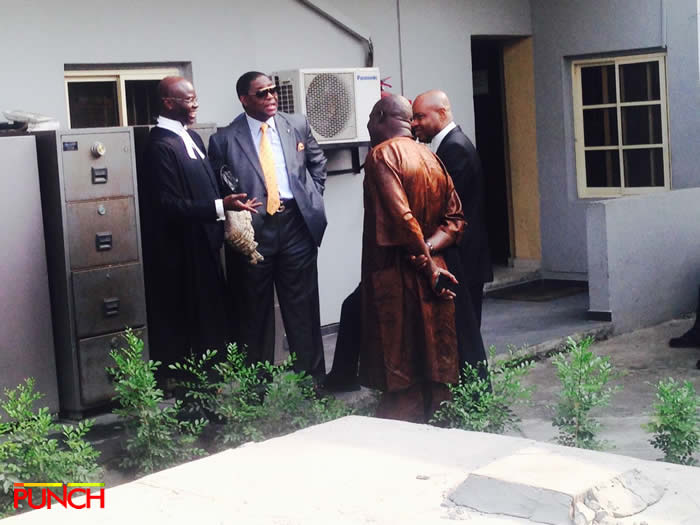 Justice Muslim Hassan of the Federal High Court in Lagos on Monday turned down the request to meet in his chambers with Mr. Norrison Quakers (SAN), who is defending a former Minister of Aviation, Mr. Femi Fani-Kayode, who has been charged with N4.9bn money laundering.

Quakers, who newly took over Fani-Kayode’s case from the ex-minister’s former lawyer, Mr. Wale Balogun, on Monday requested both an adjournment to study the case file and a meeting with the judge in his chambers to confer on some issues which could assist the court.

“I’m coming into this matter for the first time. I was briefed yesterday (Sunday) evening. I need time to study the case.

“That aside, I had applied to enable the prosecution counsel and me to see the judge in his chambers. It’s imperative that parties approach the court in chambers.

“I have in my possession facts that will assist the court to determine whether to proceed or not,” Quakers said.

But the lawyer for the Economic Financial Crimes Commission, Mr. Nkereuwem Anana, distanced himself from the meeting with the judge saying, “I have seniors in this matter and so, I don’t think I am the proper person to come for any meeting in the chambers.

“I said earlier that we are ready to go on and I did not ask for any adjournment; so, if there is a call for any meeting, I will not be a part of that meeting.”

He insisted that the business of the day was for the continuation of the trial, which had started last year and that he was ready to proceed.

Responding to Quakers’ request, however, Justice Hassan turned it down.

“In respect of the application to meet the court in chambers, with respect to the learned Senior Advocate, this court will not oblige that request.

“Learned senior counsel is at liberty to file a formal application and forward his observations,” the judge said.

He, however, granted Quakers’ prayer to be given time to study the case file and adjourned till Tuesday, January 17, 2017 for continuation of trial.

“In respect of his application for an adjournment, since the learned senior counsel has just been briefed and is appearing for the first time in this matter, and this case was adjourned for three consecutive days for trial, on grounds of fair hearing, I will oblige him an adjournment to come back tomorrow (today) for continuation of trial,” Justice Hassan said.

Earlier, counsel for the first defendant, Mr. Ferdinand Orbih (SAN), had called the judge’s attention to the application seeking the release of his client’s passport and another application praying or the transfer of the case from Lagos to Abuja to make it more convenient for his client.

For Selfless Reasons, I Accept the NBA Election Results – Prof...