Home News The Case of Kessington: Another Case of Contempt 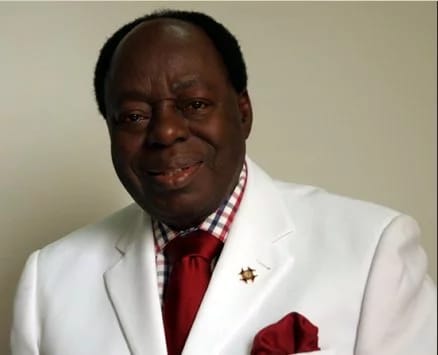 I was a lawyer for Leventis Limited, a leading commercial conglomerate I Nigeria. At that time, I was on retainership with the company. Because of the depression in the economy, the company decided to retrench about 300 of its employees. The workers were given letters of termination and their entitlements as provided by each employee’s terms of service.

The retrenched workers rushed to court and filed an ex-parte application for an order restraining the company from retrenching them and to be re-absorbed by the company pending the determination of the case. The case came up before Justice Kessington, then of the Lagos High Court, who granted the application.

The reliefs and orders prayed for in the application offended all known laws. Firstly, it was a private contract and a person whose appointment was wrongfully terminated was entitled to damages and not injunctive orders. Secondly, it was wrong to grant an order to restrain when the act had already been completed.

At this stage, the company briefed me to take over the case. I filed an application that the court did not have the jurisdiction to make the order it made.

On the day the matter came up, the judge refused to hear our application. He insisted that I must bring the Directors to court before our application could be heard. In his anger he said: “These directors are the people spoiling Nigeria and you lawyers are the ones spoiling the judiciary. I made an order and you are saying it should be varied. You must obey the order first.”

This was on Tuesday. We engaged in a long and heated argument and when I saw that he was not going to hear my application, I tactically applied for an adjournment, and I gave as reason the need to comply with the earlier order to bring the Directors before the court. After much persuasion he agreed to adjourn the case to Thursday.

I rushed to my office and I filed Notice of Appeal and a motion for stay of proceedings at the Court of Appeal granted the application and restrained Justice Kessington from proceeding with the hearing pending the determination of the appeal. The case is reported in my book titled “INJUNCTIONS AND ENFORCEMENT OF ORDERS” at page 274.

The next hearing of the case before Justice Kessington was Thursday, I got to the court early and served the Court of Appeal order on His Lordship’s Registrar. When the court sat, I told His Lordship that he could not go on with the case in view of the order of the Court of Appeal staying further proceedings by him on the matter. He said he had not seen the order and I told him that the order had been served on his Registrar.

This really made Justice Kessington more angry. He descended on me. He said I was a liar, that when I asked for time to comply with his order to bring the Directors of the Company to court, my intention was to go and restrain him. He said he did not know I could run faster than Ben Johnson. He said that I ran 100 yards to the Court of Appeal. (Ben Johnson at that time was reigning Olympics Champion in 100 metres.)

He said he was lucky not being a Nigerian, his wife and children were not Nigerians and he did not beg to become a Judge.

He rehearsed the story of how he became a Judge. It was because according to him, no one wanted to take the case against Gani Fawehinmi. He said he told General Abacha that he would take it. He prosecuted Gani. Hence he was made a Judge. He said he did not intend to go to the Court of Appeal anyway, so the justices of that higher court could make any order they liked. But “we shall show the press that they were wrong”, he concluded.

Then he continued his vituperations on me. He said “Look at this Ilu Oke man, I will tell Isale Eko boys not to let you come to Lagos again and if you come they will beat you up. It was because I respected you that I adjourned the case, little did I know that you would run like Ben Johnson to the Court of Appeal to get an order against me from dealing with the directors. I will take your clients to Benin Republic.”

At this point I asked him where Benin Republic was. He replied: “Look at this Ilu Oke man, he does not even know Benin Republic. It is Alagbon and we will give them (those at Alagbon) money for “fuu” (perhaps to smoke). They will barb their (directors of Leventis’) heads and they will know that there is a court order.”

The above proceedings were recorded.

I believed that his actions and utterances were not permitted by law in the course of the Judge’s official duty. A Judge’s immunity extends only to what he does in the course of his adjudicatory role as a Judge, not when he goes beyond his judicial duties. Having found support in a Bahamas West Indies case, which went up to Privy Council, I sued Justice Kessington to court.

Chief Richard Akinjide had just returned from England having left Nigeria in the wake of the military take-over in 1983. He appeared for me.

But while the case was pending, some well-meaning people began to appeal to me to withdraw the case because the Judge was already due for retirement. The pressure was so much that I eventually withdrew it.

However, when Justice Kessington was retiring, some journalists wanted his views about me. His response was that those were matters for the past and that we had become good friends.

Justice Kessington was a very controversial Judge. Many times he had many unpleasant encounters with lawyers. He was reputed for using rather strong words on counsel appearing before him. One of such incidents attracted comments from the Court of Appeal in the case of Salim v. Ifenkwe (1996)5NWLW(Pt.450) 564. The Court Pats-Acholonu, JCA (as he then was) at pages 587-588 paras. H-A stated thus: –

“A careful consideration of the matter in all its entirety makes me far more inclined to believe the story of the appellant than the plaintiff/respondent. Therefore, for the court to describe the appellant by using a base language in calling him a faceless intervener a term denoting one without honours and having mendacious behaviour is, to my mind, to use the highly esteemed position of the bench to harass one who seeks justice in the Temple of Justice. The court seems intent on being unnecessarily garrulous by lampooning counsel and client rather than addressing the matter in issue before him. No reason whatsoever was given by the court for failure to join the appellant as the court seemed hell-bent to assuage only the interest of the plaintiff/respondent whose case was highly suspect. Instead, he granted interlocutory injunction of such a manner that more or less compromises as it were the case of the appellant and leaving him carrying the dead baby.”

“It is therefore as surprise that the learned trial Judge in the present case did all he could to scare away counsel who have a right of audience and who might have been of assistance to the cause before him, and to have thus opened himself up to avoidable criticism. Counsel are entitled to be accorded that right of audience and to be treated with due consideration by the courts before which they appear. It is indecent and discourteous of any Judge to take undue advantage of his immunity to embarrass a counsel with insults and scurrilous remarks. That is a clear case of abuse of privilege.

The court is and must be run as a solemn, dignified and civilized forum where the sacred duty of the administration of justice is carried out with a consistent sobriety of the mind. It is not a pandemonium from where insults are shouted. That will surely have the consequences of discrediting the judiciary and bringing it into disrepute. Any judge who does so is an agent of such odium. In that way, I am afraid, he painfully constitutes himself a liability to the judiciary.

I hold that the learned trial Judge acted outside his duty and was in serious error to have demanded, let alone insisted, to see a power of attorney from the appellant’s counsel who announced his appearance for him.”

Flags to Fly at Half Mast in Rivers State to Mourn...