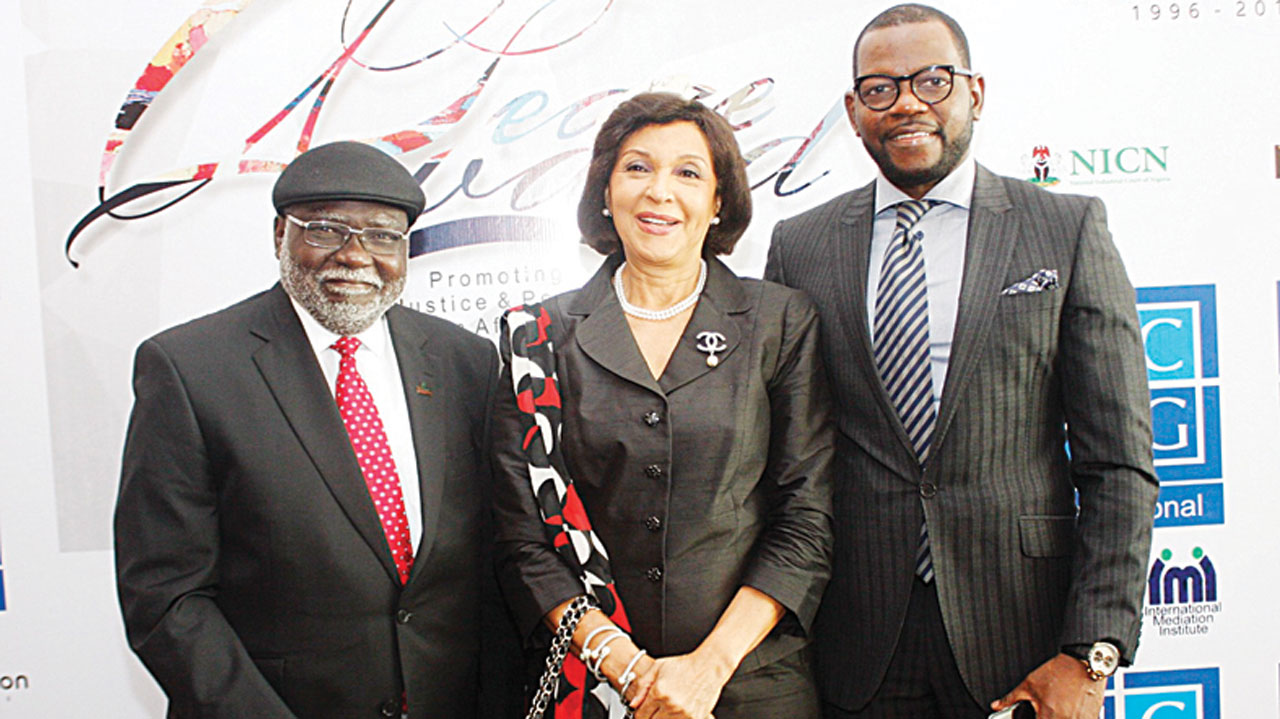 The Chief Justice of Nigeria (CJN), Justice Walter Onnoghen and the President of the National Industrial Court, Justice Adejumo calls judges to encourage parties to explore the option of Alternative Dispute Resolution (ADR).

The duo made the call yesterday in Lagos during the 21st peace award and conference on ADR with the theme, Promoting Peace and Justice in Africa, organized by the Negotiation and Conflict Management Group (NCMG) International.

Onnoghen, represented by the Justice of the Supreme Court, Justice Olukayode Ariwoola, ‎noted that in circumstances where arbitration clauses are contained expressly in contract agreements, judges must enforce such clauses.

He said that though litigation has the advantage of finality and sanction, in most cases, it destroys the business relationship between the parties. The CJN, who spoke on the theme “59 years of Litigation in Nigeria: Business Demands and Future of the Courts,” said that it is deliberate to further enlighten judges on the use of non-litigation dispute resolution methods and the measures adopted globally in resolving disputes arising from various spheres of the economy.

On his part, the President of the National Industrial Court Justice Adejumo chaired a panel session on Online Dispute Resolution on Labour and Commercial Dispute.

In his contribution, the lead speaker, Mr. Mahmoud Abubakar described online dispute resolution on labour and commercial dispute as an alternative medium of settling disputes.

Another speaker, Justice Clara Ogunbiyi (JSC) implored stakeholders to consider the ways lawyers are being produced in Nigeria, Ariwoola urged management of our legal system to initiate ideas on how to manage our legal system.

Justice Atinuke Oluwatoyin Ipaye, who said Lagos is in unique position on ADR, noted that the state had been in the fore-front of using the ADR.

Chief Justice of Singapore, Justice Sundaresh Menon, who said his country had enjoyed huge success in mediation, charged Nigeria to embrace the ADR.

Also, Publisher of The Guardian, Lady Maiden Alex-Ibru, has called for introduction of polygraph machine into the constitution.

The publisher, who said the polygraph machine would help in resolving matters and detect the truth, also charged lawyers not to lie on oath.

In his remark, Mr. Olusegun Oshinowo of Nigeria’s Employers Consultative Association advocates technological innovations to the challenges confronting the judiciary. “In this century, we must prepare for change, as Online Dispute Resolution (ODR) is the future”.