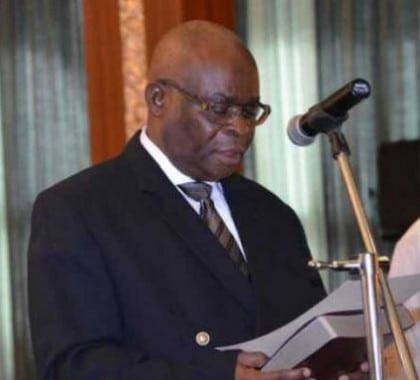 The Chief Justice of Nigeria, Justice Walter Onnoghen, on Tuesday warned Nigerians to desist from being judgmental on the performance of the judiciary in the ongoing anti-corruption fight.

He spoke with State House correspondents shortly after meeting behind closed doors with President Muhammadu Buhari at the Presidential Villa, Abuja.

Onnoghen was reacting to recent developments that saw government agencies losing corruption-related cases in court and the allegations of judicial gang-up.

The CJN warned that Nigerians who are judging the judiciary are at the risk of becoming prejudice.

“When it comes to the judiciary, don’t be judgmental. When you are judgmental, you become prejudice.”

When asked to respond specifically to allegation of judicial gang-up against corruption fight, Onnoghen said, “I am not going to speculate. I am lawyer and judicial officer. I operate on facts and the law. So, I can’t answer that question because I am not on everybody’s mind.

“You are free to think whatever you want to think but I think you should be guided by facts and the law when it comes to judicial performance or discharge of judicial responsibilities.”

The CJN said there was no truth in the claim that the corruption war is losing steam.

He said if there was steam, it would not have been without the participation of the judiciary, hence, if there is losing of steam, it should not be related only to the judiciary.

He said while there are more than one party to an issue, the judicial system is fashioned in such a way that there must be winners and losers.