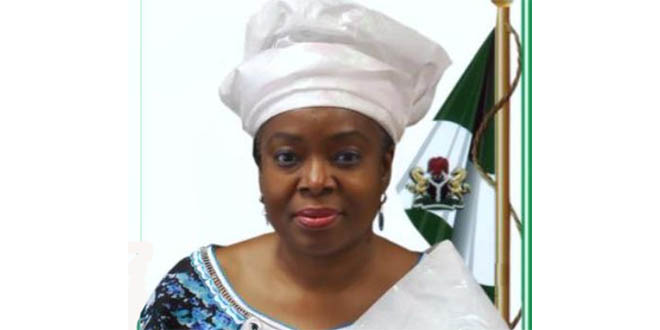 A Federal High Court Lagos, on Wednesday ordered the release of the international passport of a former Minister of the Federal Capital Territory, Olajumoke Akinjide.

Akinjide is facing charges bordering on N650 million fraud before an Ibadan division of the court.

She had filed an application through her lawyer, Chief Bolaji Ayorinde (SAN) urging the Lagos division of the court to grant a release of her passport for a medical trip overseas.

Ayorinde, moving the application dated July 12 on Wednesday, said it was based on hospital recommendation, which had referred the accused for a medical check.

He sought an order of the court for the release of Akinjide’s passport to enable her to undertake the foreign medical trip.

The counsel also prayed the court to grant an order for a release of the passport at any time when required.

Ayorinde said that the prosecution was not opposed to the application, as the ex-minister was not a flight risk.

In response, EFCC lawyer, Mr Mohammed Aliyu, confirmed service of the application and said that the prosecution was not opposed to it.

Consequently, Justice Chuka Obiozor ordered the release of the international passport of the accused for the trip.

Obiozor ordered that the duration must not exceed 30 days.

The judge, however, refused the second leg of the application seeking a release of the passport at any other time when required.

The Economic and Financial Crimes Commission (EFCC) had on June 22, arraigned Akinjide and one Chief Olanrewaju Otiti before an Ibadan Federal High Court.

The ex-minister was accused of conspiring with Otiti to launder a sum of N650 million, which she allegedly collected out of the 115 million dollars allegedly doled out by a former Minister of Petroleum Resources, Mrs Diezaani Alison-Madueke.

The accused had, however, pleaded not guilty to the 24 counts levelled against them.