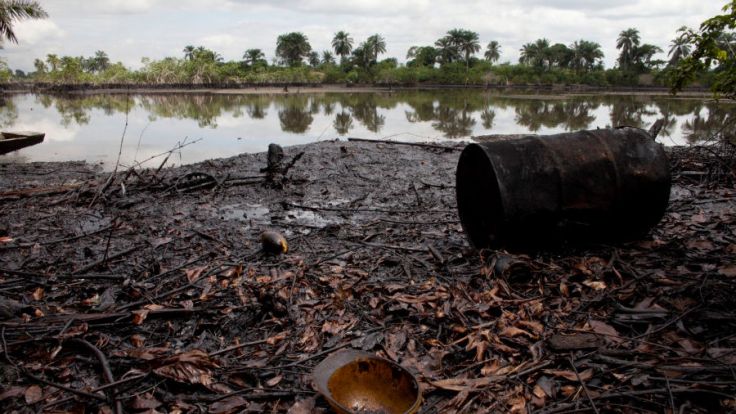 Justice Ali Abubakar Gumel dismissed Shell’s appeal for failure to file a competent brief of argument to support or proffer arguments in her suit.

Shell had in suit No.CA/PH/396/2012 at the appellate court challenged the judgments of the Federal High Court, Port Harcourt and Asaba, which awarded over N15 billion against it to Ejama-Ebubu community as special and general damages.

The Ejama-Ebubu chiefs had in suit FHC/PHC/CS/231/2001 demanded that Shell pay them special and general damages of N15.4 billion, which was granted by the court.

The bank had guaranteed to pay the Ejama-Ebubu community the aforementioned sums and accruable interest which now amount to N122 billion, if Shell’s appeal fails.

And dissatisfied with the judgment, Shell had filed 19 grounds of appeal seeking to set aside the judgment.

The counsel to Shell, Mr. Olawale Akoni (SAN), argued that Shell was not given fair hearing. But counsel to the Ejama-Ebubu community, Lucius Nwosu (SAN), said Shell did not call witnesses at the trial, hence, had admitted the claim of his clients.

Delivering the lead judgment on the appeal, Justice Gumel, said the notice of preliminary objection brought by the community was duly argued on behalf of the parties.

He observed that Nwosu had noted that Shell never sought for or obtained any leave to amend their brief of argument, contrary to Shell’s counsel claim.

Citing order 19 rules 2 and 10 (1) of the Court of Appeals Rules, 2016, Justice Gumel dismissed Shell’s appeal for failure to file competent brief or arguments to support or proffer arguments in it. According to him, there was no application of the appellants where a prayer was made for leave to amend their already filed brief or for extension of time to file their original brief out of time.

He explained that in the absence of any clear or proper order of the Appeal Court sought and duly obtained, the amended appellants’ brief sought to be relied on by them to prosecute the appeal was not fully and duly regularised; and as such it was not a proper or valid process before the court and therefore it ought to be discarded. According to him, to that extent, it was more or less as if the appeal was never filed by Shell.