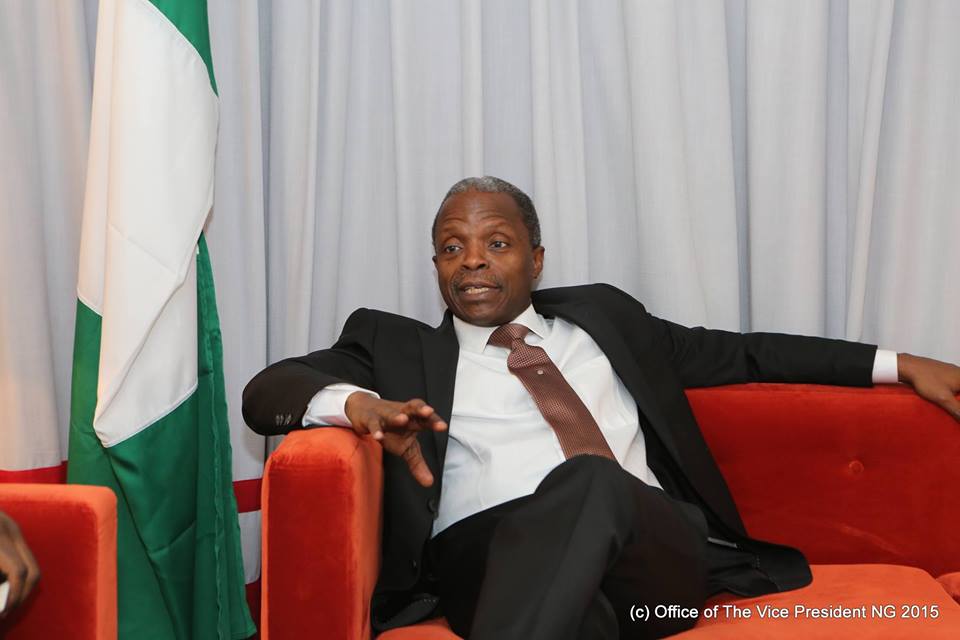 Professor Oluyemi Oluleke Osinbajo, GCON  the Vice President of the Federal Republic of Nigeria . Born on March 8 1957 in Lagos,  Yemi  is a professor of law and a Senior Advocate of Nigeria.

Prof Osinbajo attended Corona School Lagos for his primary education. He went to Igbobi College, Yaba. Thereafter, he went to the University of Lagos between 1975-1978 for his undergraduate degree and graduated with a Second Class Upper Degree in Law. He proceeded to the Nigerian Law school In 1979, and was admitted to practice as a Barrister and Solicitor of Nigeria’s Supreme Court afterwards. In 1980, he attended the London School of Economics & Political Science, where he obtained a Master of Laws degree.

Between 1979 –1980, Osinbajo participated in the one-year youth service programme as a Legal Officer with Bendel Development and Planning Authority (BDPA), in the now defunct Bendel State, Nigeria. In 1981, the University of Lagos, Nigeria, engaged Osinbajo as a Lecturer. From 1988–1992,

He was appointed as an Adviser (Legal Advice and Litigation), to the then Attorney-General of the Federation and Minister of Justice, Prince Bola Ajibola, KBE.

In 1994, he became a Professor of Law following which he was appointed Head of Department of Public Law, University of Lagos. Between 1999 and 2007, Osinbajo was Member of Cabinet of the Lagos State Government where he served as Attorney-General and Commissioner for Justice.

From 2007 – 2013 Osinbajo was once again employed as a Professor of Law, Department of Public Law, Faculty of Law, University of Lagos. In 2007, Osinbajo became Senior Partner at SimmonsCooper Partners, Nigeria ( a commercial law practice).

Yemi is a member of the International Bar Association and the British Institute of International and Comparative Law and has served on the Nigerian Body of Benchers and the Council for Legal Education of Nigeria. He was also an independent director of CitiBank Nigeria and an ethics adviser to the board of the Africa Development Bank (ADB).  He has authored several books.

While in public office as Attorney General, Lagos, Yemi is credited with undertaking far-reaching significant judicial reform in Lagos State, addressing critical areas as judges’ recruitment, remuneration, training and discipline. In addition, he addressed access to justice for the poor by establishing appropriate institutions in the Office of the Public Defender (OPD) and the Citizens Mediation Centre (CMC).

Yemi founded the Orderly Society Trust (OST) involved in an Excel literacy programme that aims to provide children in public primary schools with the same level of training in English as is available to their counterparts in private schools . Yemi also co-founded Justice Research Institute (Gte), a justice sector think tank as well as the Convention On Business Integrity.

As a spiritual leader, Osinbajo has organized various initiatives that work towards social justice. He organizes the Liberty Schools Project that provides free primary school education with free school lunches to poor children. This Project has three sites in poor communities in Obanikoro, Ikota and Makoko, all in Lagos. Other initiatives include free health care facilities, free legal services, social rehabilitation, skills acquisition for the very poor, a regular soup kitchen service, and free shelter for young people without accommodation.

ALSO READ   We are being misunderstood - NBA

He is an Emeritus Ambassador for the Environment in Lagos.

He is married to Oludolapo Osinbajo (nee Soyode), grand daughter of the late sage and statesman, Chief Obafemi Awolowo.  They are blessed with three children. 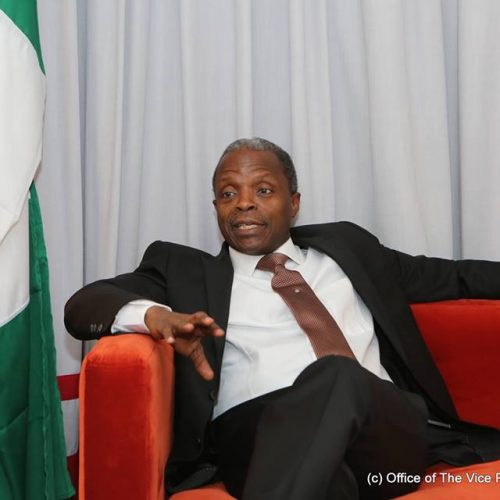 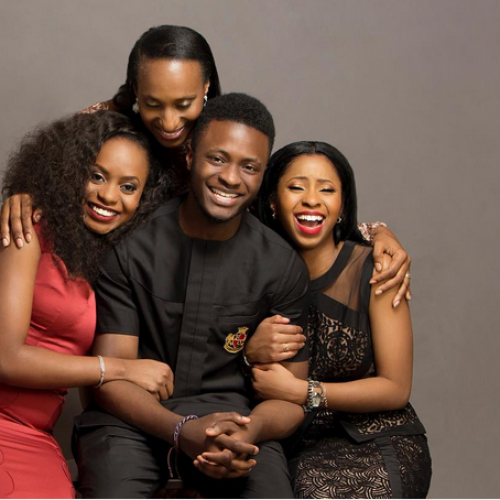 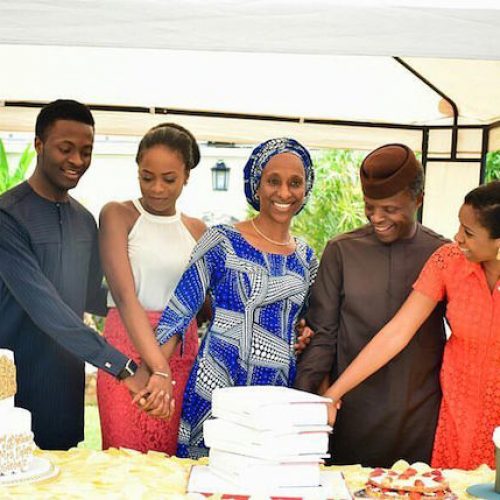 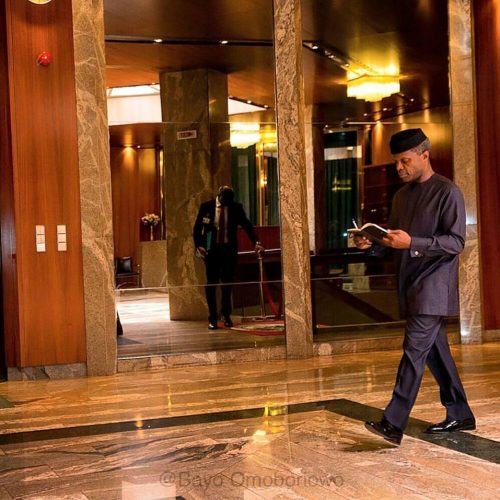 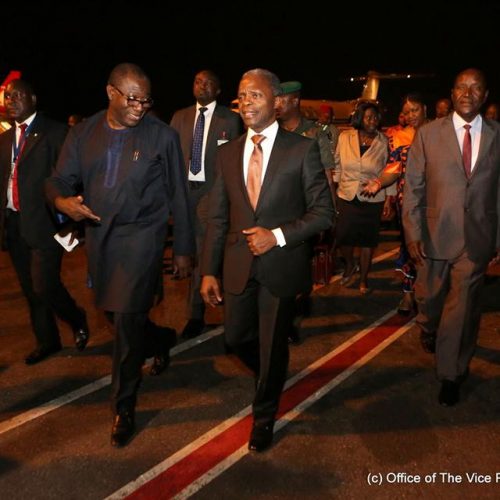 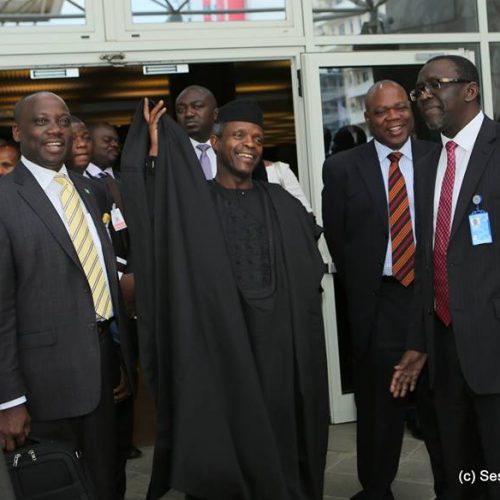 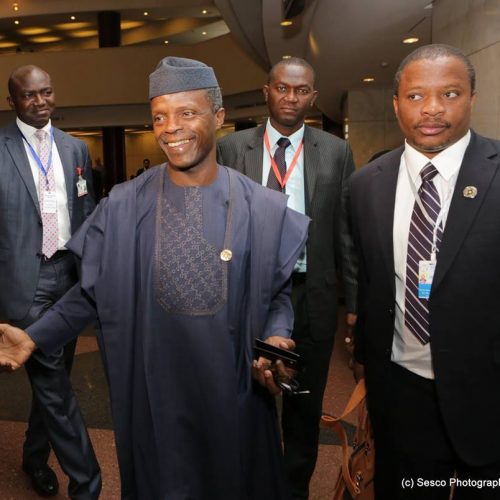 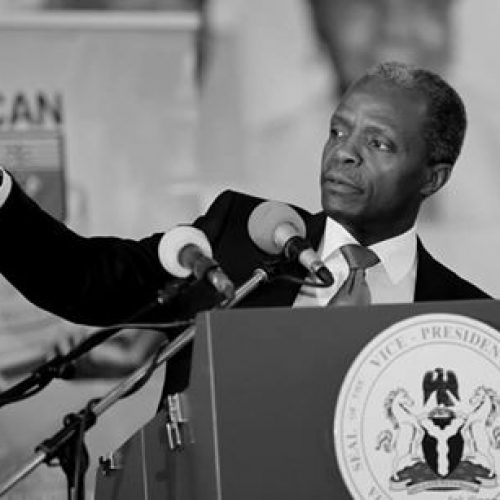