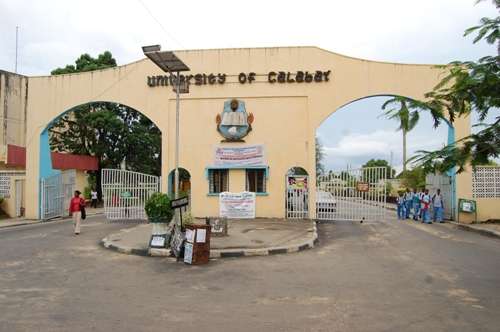 There was a mild drama at the University of Calabar (UNICAL) yesterday when the acting Dean of the Faculty of Law, Dr. Rose Oyama Ogbe, refused to allow Prof. Cyril Osim Ndifon, a former dean to enter into his office

Ndifon was suspended by the university management on September 2015 over an allegation that he sexually harassed a female student of the faculty, Miss. Sinemobong Ekong Nkang, However, a recent letter from the director of public prosecution absolved the lecturer of the allegation, a situation that compelled the university to reinstate him with a recall letter on November 2 this year.

The recall letter, which was signed by the Registrar of the university, Mr. Moses Abang, read in part; “Please refer to our letter of September 8, 2015, which placed you on suspension over allegations of official misconduct and that of February 12, 2016 extending the suspension.

“Considering the fact that your period of suspension had elapsed, management has therefore resolved to recall you from suspension.

You are hereby recalled to resume work with effect from Monday, November 6, 2017. It is implied that by this recall, all matters pending in court stands withdrawn.”

Ndifon, who was suspended on September, 2015 by then Vice Chancellor, Prof James Epoke by reason of a petition from his former student, was alleged to have sexually assaulted and raped his then three hundred level students Ms Simeobong Nkang.
Source