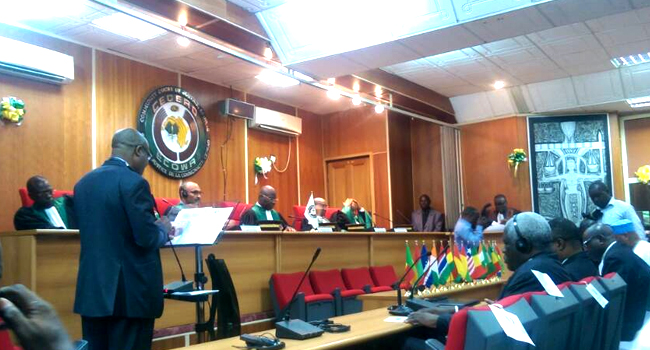 The President of the ECOWAS Court, Justice Jerome Traore, has opened the ECOWAS legal year for 2017/2018.

At the ceremony to open the legal year in Nigeria’s capital, Abuja, Justice Traore said the ECOWAS Court is a community court of integration and that the time had come to determine the arbitral functions of the court.

According to him, due to the high number of human rights cases the court has considered, it is also the human rights court of the sub-region. 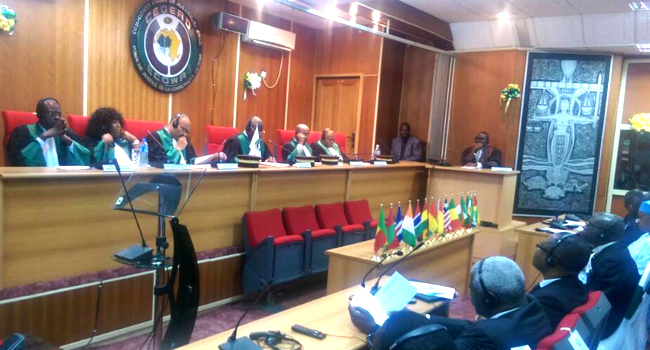 The Minister of the FCT, Muhammad Bello; Minister for Foreign Affairs, Mr Geoffrey Onyema; and the Attorney-General of the Federation and Minister of Justice, Abubakar Malami, were represented at the event which had the theme ‘Current Trends In International And Regional Commercial Arbitration’.

The Foreign Affairs Minister said the use of arbitration is only slowly evolving at ECOWAS compared to other regions.

This, he explained, is reflected in the fact that there have been less than 400 cases of arbitration even though there are 350 million people in West Africa.

The ECOWAS court currently only has an interim arbitral mandate pending the establishment of the Community’s Arbitration Tribunal but the exercise of the mandate is awaiting approval from the ECOWAS Council of Ministers. For the 4th Time in a Row, Strictly Law Business is Set to Host, ‘The Business of Law Conference’