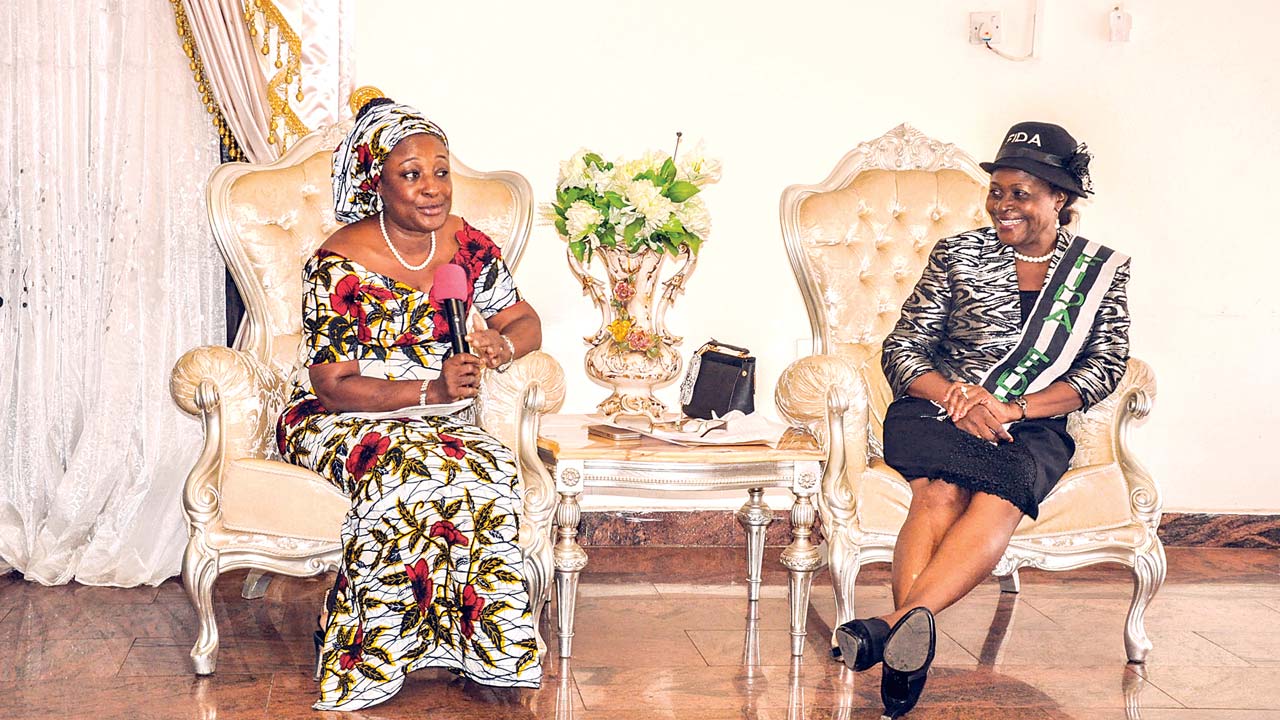 The wife of the governor of Edo State, Mrs. Betsy Obaseki, has called on women in the state to stand by the truth and exhibit sincerity of purpose while also charging the International Federation of Women Lawyers (FIDA) not to relent in helping women and children fight for their rights.

Receiving the executives of the state branch of FIDA at Government House in Benin City, Mrs. Obaseki said the government would give priority attention to improving the welfare of children in the state.

She also commended FIDA for its passion and identifying with the present administration in its determination to move the state forward.She, however, appealed to members to work with the government as commences advocacy programmes across the various local government areas to sensitise women on their rights.

The wife of the governor assured that government would ameliorate some of their challenges, especially in securing a befitting office accommodation and attending conferences locally and internationally.

She added that FIDA also collaborates with security agencies and the Ministry of Women Affairs to seek legal justice on issues of violence against children and the vulnerable, while also disclosing its resolve to execute an advocacy campaign in Esan land to sensitise people on the issue of female children having a stake in their parents’ estates.