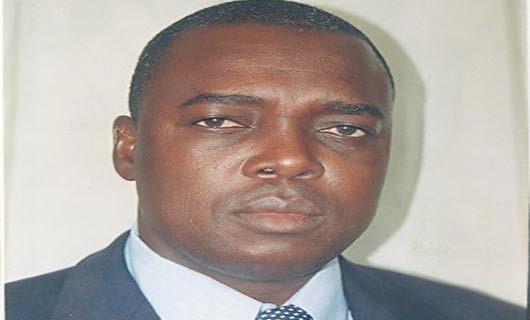 The Economic and Financial Crimes Commission on Friday arraigned a serving judge of the Federal High Court, Justice Hyeladzira Nganjiwa, for alleged unlawful enrichment to the tune of $260,000 and N8,650,000.

Justice Nganjiwa, who is attached to the Bayelsa Division of the Federal High Court, was arraigned on 14 counts before the Lagos State High Court in Igbosere.

His arraignment followed the dismissal of a preliminary objection he filed to challenge the jurisdiction of the court to try him.

Justice Nganjiwa’s lawyer, Chief Robert Clarke (SAN), had contended that by virtue of Section 158 of the 1999 Constitution, only the National Judicial Council had the power to deal with the kind of allegations brought against the serving judge by the EFCC.

But counsel for the EFCC, Mr. Rotimi Oyedepo, had, in opposition, contended that despite being a serving judge, Justice Nganjiwa had no immunity from criminal prosecution.

Oyedepo stressed that Section 308 of the constitution, which specified government officials who had immunity as the President, Vice-President and state governors, did not include a serving judge.

He also argued that though Section 158 of the Constitution vested the NJC with administrative power to discipline an erring judicial for misconduct, the NJC did not have the power to look into criminal allegations against judges.

He urged the court to dismiss the preliminary objection and order Justice Nganjiwa to proceed into the dock for his arraignment.

Justice Akintoye held, “This court, having been properly constituted, has the power to try this case. The notice of preliminary objection, I hold, is therefore misconceived and same is hereby dismissed.”

After the ruling, the charges were read to Justice Nganjiwa but he pleaded not guilty to all the 14 counts.

In the charges, the EFCC accused him of unlawfully enriching himself as a public official by allegedly receiving a total of $260,000 and N8.65m through his bank account between 2013 and 2015.

The EFCC claimed that the judge could not explain the source of the funds, adding that he acted contrary to Section 82(a) of the Criminal Law of Lagos State, No. 11, 2011.

Justice Nganjiwa was also accused of giving false information to operatives of the EFCC, which, the prosecution said, amounted to an offence under Section 39(2) of the EFCC (Establishment) Act, 2014.

But the accused judge denied all the allegations.

Following the arraignment, Clarke urged Justice Akintoye to admit his client to bail on self-recognisance being a serving judge.

But Oyedepo pleaded with the court not to grant Justice Nganjiwa bail on self-recognisance but to impose “serious conditions” that would compel his appearance in court for his trial.

“We never released him on bail on self-recognisance. I urge Your Lordship to impose serious conditions that will compel the defendant’s appearance. We know what we went through before we got here.

“In view of the claim by the defendant that he’s a judge, what should be paramount is the expeditious trial of this case, so that he can know his fate,” Oyedepo argued.

However, in a short ruling, Justice Akintoye said she was inclined to grant Justice Nganjiwa bail on self-recognisance in view of his status as a serving judge.

She, however, directed the accused judge to deposit his passport in the custody of the Chief Registrar of the Lagos State High Court within seven days or that the EFCC should deposit same if the passport was still in its custody.

Justice Akintoye stressed that Justice Nganjiwa must make himself available in court throughout the entire length of his trial.

She thereafter adjourned till October 6 and 10, 2017 for commencement of trial.‎