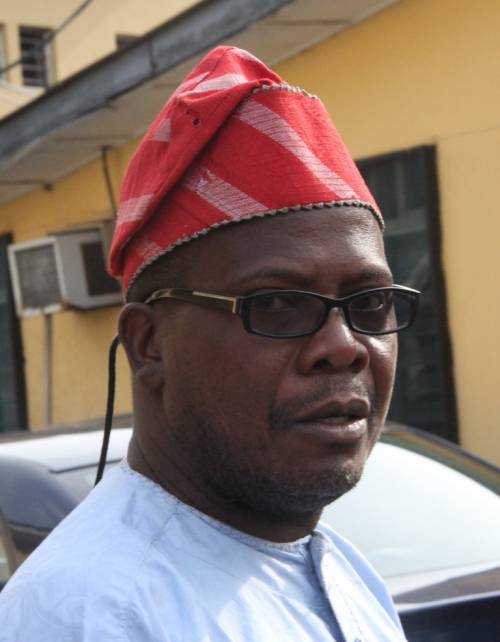 The Economic and Financial Crimes Commission (EFCC) on Tuesday March 21, 2017, arraigned one Adeola Dada, a lawyer, before Justice Oluwatoyin Ipaye of the Lagos High Court sitting in Ikeja on one-count charge bordering on stealing to the tune of N15m (Fifteen Million Naira).

The complainant, Olowo Emmanuel, a serving member of the Lagos State House of Assembly, had allegedly sought the services of the accused to help him recover the sum of N35 million, which he paid to Royal Sanderton Technologies Nigeria Limited to acquire two houses.

Emmanuel had dragged the company to court, following its inability to deliver the houses as agreed.

Consequently, Royal Sanderton was ordered to pay the sum of N15m to the complainant, which was allegedly raised in bank drafts and handed over to the accused.

The complainant also alleged that the accused subsequently lodged the money into his personal account and made several withdrawals from it.

The charge reads: “That you Adeolu Dada sometime in December, 2014 at Lagos within the jurisdiction of this Honorable Court dishonestly stole the sum of N15,000,000.00 (Fifteen Million Naira), property of Honorable Olowo Rotimi Emmanuel.”

The accused pleaded not guilty when the charge was read to him.

In view of his plea, the prosecution counsel, Sesan Ola, asked for a trial date and prayed the court to remand the defendant in prison custody.

However, the defense counsel, A. L. Ogunyemi, told the court that a bail application with a medical report attached had been filed and served on the prosecution.

The defense council also urged the court to grant the accused bail.

The prosecution counsel however objected to the bail application, saying that ‘‘the accused is a flight-risk who can elope.”

He further told the court that the accused had failed to honor several invitations by the Commission until he was tracked down recently.

However, the defense counsel told the court that the offense was bailable and that the accused and his surety, who is also a lawyer, had deposited their certificates obtained from the Nigeria Law School with the Commission as proof that the accused would not jump bail.

Consequently, Justice Ipaye granted the accused bail in the sum of N1 million with one surety in like sum.

The surety must show evidence of payment of tax.

Justice Ipaye ordered the accused to be remanded in the EFCC custody pending the fulfillment of his bail conditions.