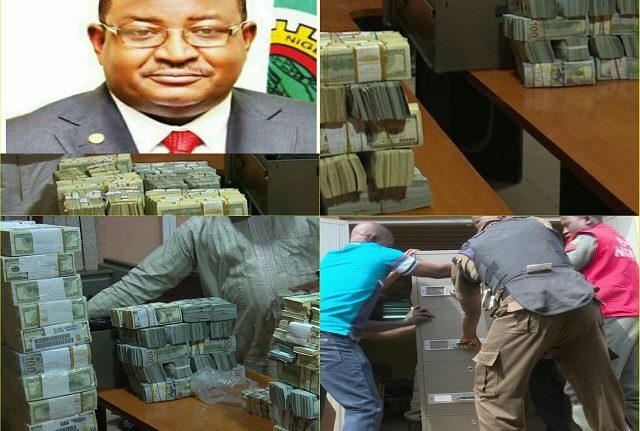 Last month, the commission made a discovery of $9,722,800 and 74,000 pounds stashed in a fire-proof safe in a house owned by Mr. Yakubu in Kaduna. Mr. Yakubu had responded that the huge sums of cash were gifts he received from friends and well-wishers over a number of years.

In the second count, the anti-graft agency alleged that Mr. Yakubu deliberately failed to disclose his ownership of 74,000 pounds in his assets declaration form filled at the EFCC office in 2015, a contravention of 27 (3)(a) of the EFCC Establishment Act, 2004 and punishable under Section 27 (3)(c) of the same Act.

The third count contains the allegation of the receipt of $9,722,800 without going through a financial institution in breach of Section 1 of the Money Laundering (Prohibition) Act, 2011 (as amended in 2012) and punishable under Section 16(2)(b) of the Act.

Also, the EFCC alleged that sometime between 2012 and 2014, Mr. Yakubu received cash payment of 74,000 pounds without going through a financial, thereby also contravening Section 1 of the Money Laundering (Prohibition) Act, 2011 (as amended in 2012) and punishable under Section 16(2)(b) of the Act.

In the fifth count, the former NNPC GMD was alleged to have willfully avoided lawful transaction by transporting to Kaduna, at various times, money amounting to $9,722,800. The anti-corruption agency added that Mr. Yakubu knew or should have known that the sums of money were proceeds of inappropriate and illegal activity, an offence contrary to Section 7 (4)(b)(ii) of the Advance Fee Fraud and Other Related Offences Act, 2006 and punishable under Section 7(5) of the same legislation

In the last count, the former NNPC GMD was accused of intent to avoid legal transaction by transporting 74,000 pounds, which he knew or should have known constituted part of the proceed of an illegal activity in contravention of the Advance Fee Fraud Act and punishable under same.