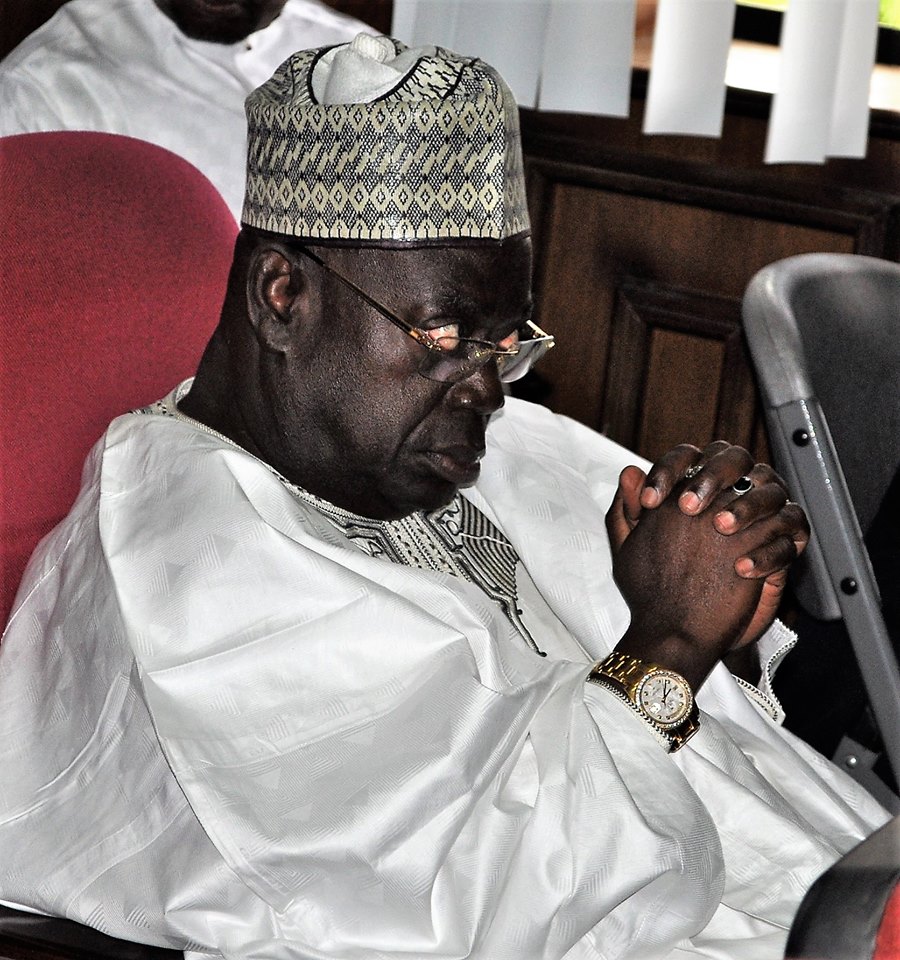 The Economic and Financial Crimes Commission, EFCC, on May 16, 2017 arraigned a former Niger State governor, Muazu Babangida Aliyu and his Commissioner of Environment, Parks, Gardens and Forest Resources, Umar Mohammed Nasko, before Justice Nnamdi Dimgba of the Federal High Court, Abuja on an eight-count charge bordering on money laundering to the tune of N1.46 billion.

They pleaded “not guilty” to all the charges.

In view of the plea, the prosecution counsel, Prince Ben Ikani, asked for a date for trial to commence, and urged the court to remand the defendants in prison custody.

Counsel to the Aliyu, Olajide Ayodele, SAN, however, urged the court to admit his client to bail.

However, Ikani told the court that he was yet to be served with the motion for Aliyu’s bail but had received that of Nasko.

“We are interested in a speedy trial,” Ikani said.

Earlier in the proceedings, Mamman Osman, SAN, brought before the court a preliminary objection challenging the jurisdiction of the court. His argument was however, countered by Ikani, who quoting Section 396 of the Administration of Criminal Justice Act 2015, noted that “the application is premature as the business of the day is for the arraignment”.

Justice Dimgba, thereafter, granted bail to the defendants in the sum of N200million with two sureties each, who must be a public servant or a professional not less than the rank of a Director.

“The sureties must own houses in Abuja Metropolis excluding the satellite towns. The defendants are also to deposit their international passports with the registrar of the court and must not travel except with the permission of the court upon application to the court,” the trial judge ruled.

The Court Registrar and the EFCC are to verify and ensure that the bail conditions are met within 48 hours and if not they are to be remanded in Kuje Prison.

The judge, however, allowed them to enjoy the previous bail conditions granted them by the Niger State High Court, Minna for the next 48 hours.

The matter has been adjourned to July 6 and 7, 2017 for commencement of trial.

It would be recalled that the EFCC had on April 25, 2017 arraigned the two defendants before the Niger State High Court on a six-count charge bordering on misappropriation of public funds, and “diversion of proceeds of the sale of 16 per cent shares of the sale of Niger State in the North South Power Company Limited.

Photos: Justice Opeyemi Oke Sworn In as the 16th CJ of...