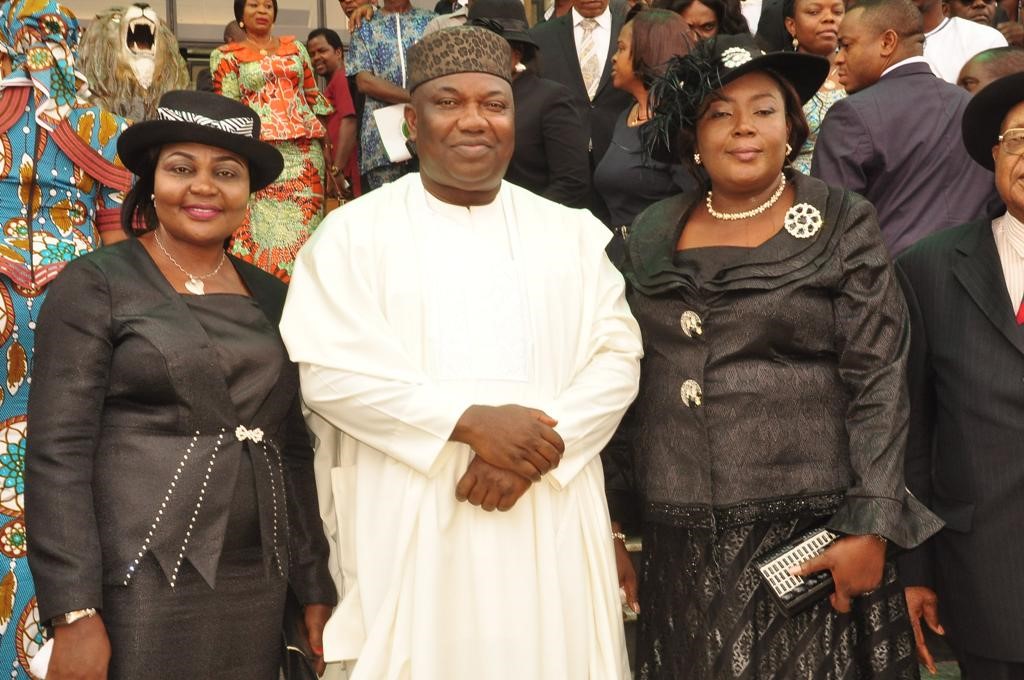 Gov. Ifeanyi Ugwuanyi of Enugu State on Friday swore in judges of the state High Court and Customary Court of Appeal, journalists report.

The judges are Justice Ebele Egumgbe, who was sworn in as a High Court judge and Justice Ugonne Nwaeze, as a judge of the Customary Court of Appeal.

Ugwuanyi said that the exercise was in compliance with the recommendation of the National Judicial Council (NJC).

He said that the State Judicial Service Commission had submitted two names on each of the positions to the NJC following which the successful ones were recommended after interviews.

Ugwuanyi said that it was in compliance with the recommendations of the NJC that the successful candidates were being sworn in and charged them to dispense justice in righteousness.

Earlier, the Chief Judge of the state, Justice Ngozi Emehelu, said that the judiciary was grateful to the state government and the NJC for adding to the number of judges in the state.

Emehelu, however, said that “the number of serving judges in the state was grossly inadequate, particularly as it affects the High Court.

“Our number has depleted in the last 10 years through deaths and retirement,” she said, adding that there was the need to shore up the number of judges to meet the demands of the higher bench.

She said that available judges served under pressure and found it difficult to meet the demand of their returns to the NJC as most of them sit in two court divisions.

The chief judge also stressed the need to upgrade available infrastructure as well as build new ones including court halls and judges quarters.

Emehelu appealed for the full autonomy of the state judiciary to enable them function effective.

“We are not oblivious of the economic downturn and the efforts of the government in ensuring that salaries are paid promptly,” She said.

Responding on behalf of the newly sworn in judges, Egumgbe thanked the governor and her colleagues in the judiciary for making the event possible.

She said that they would do their best to improve justice delivery in the state.