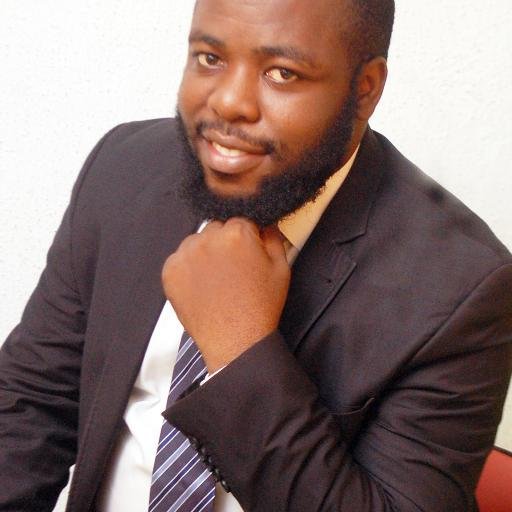 Lawyer and Executive Director Prisoners’ Rights Advocacy Initiative (PRAI) Ahmed Adetola-Kazeem has written to the Lagos State Governor on how to curb the manace of underaged imprisonment in Lagos State.

Details of Adetola’s Recommendations as contained in the letter:

Your Excellency, I congratulate you on the numerous achievements your government have recorded since coming into power two years ago. I pray that you record more successes that will remain on the sand of time.

The recent news about the release of 142 under aged persons across prisons in Lagos by the Chief Judge is one which comes with a mixed feeling. The release of the young inmates is welcomed, but leaves us pondering-what went wrong? How did we get here? What are we doing to stem the tide of underage imprisonment?

Your Excellency, while your efforts at building a beautiful state is commended, there is a growing feeling in the public space that this is being achieved at the expense of the poor and vulnerable. Their houses are demolished, the water upon which they fish are sand filled and they are arrested, “robbed” and imprisoned by officers of the state for seeking a means of livelihood, most times through hawking.

The issue of underaged prisoners in Lagos State is not a new one, I raised the issue in a letter, written to the former Attorney-General of Lagos state, and copied to your predecessor on 7th June 2013. The acknowledged copy of the letter is hereby attached. The underaged inmates were released after a joint visit by some senior staff of the ministry of justice and my humble self. The then Attorney-General promised to put some measures in place to forestall a reoccurrence. However, four years later, in an unprecedented fashion, 142 underaged persons were recently released. I have no doubt that there are still a lot of them languishing in jails across the state.

A report in Punch Newspaper of Tuesday 15th of August 2017, says “the minors, whose ages range from 12 to 17, were said to have been arrested and charged with offences bordering on breach of the public peace and no means of livelihood.”

To make matters worse, a report in the Nation Newspapers of 15th August 2017 quoted the Solicitor-General, Mrs Funlola Odunlami, while addressing the kids upon their release thus: “The law forbids hawking, tell your parents that they should not send you to hawk. Don’t bow to pressure of friends, if you are sent back here you will be dealt with more harshly than this.”

What efforts have been made or are being put in place by the government to ensure that these underaged inmates are rehabilitated and empowered so that they can stop hawking. Are there viable alternatives available to these vulnerable kids to break the cycle of poverty, crime and imprisonment?

In order to forestall this ugly occurrence I hereby make the following suggestions:

1  In line with section 207 of the Child’s Right Law of Lagos State 2007(CRL),  your office should give a standing order that on no account should a child or somebody suspected to be a child be ordered to be- (a) imprisoned; or

(b)  subjected to corporal punishment; or

(c) subjected to the penalty or have a death penalty recorded against him.

2 The Child’s Rights Law generally discourages the remand of children, however, the law provides in section 204 that “where the Court does not release on a bail a child who admits to committing one or more offences charged against the child, the Court must remand the child to a State accommodation. Your Excellency, section 235 of the CRL mandates the Commissioner for Home Affairs to establish institutions to cater for child offenders. The law provides that,

(vi) such other institutions as the Commissioner may from time to time establish.

(b)make rules for the management, upkeep and inspection of the approved children institutions.

(i)The Commissioner for Home Affairs must-

(a)Establish in any part of the state, the following Institutions to be known as approved youth institutions-

(b) make rules for the management, upkeep and inspection of the approved youth institutions.

Section 237 of CRL defines the functions of the listed centres. Section 261 defines a child   as a person under the age of eighteen (18) years.

I encourage your excellency to do all within your powers to ensure we have these correctional centres in Lagos state, so that we don’t keep putting children with adult offenders who go on to corrupt them into becoming hardened criminals.

3 Our findings at the Badagry prison revealed that about 70% of the inmates in that prison were arrested for hawking or other related “offences” and were sentenced to imprisonment terms ranging from few months to three years. Your Excellency, I still find it difficult to be convinced that people who are struggling to make ends meet rather than stealing are languishing in prison when they can be gainfully engaged. The economy is harsh; I believe it is more desirable that the Lagos state government focus on empowerment rather than imprisonment. Your Excellency, assuming that hawking and other related offences are really bad as being portrayed, I want to suggest the following alternative approaches:

(i)Encouraging some of the athletic ones to take up sport. Some of the boys who hawk on the street are very fast and strong considering the speed with which they chase vehicles in traffic. I believe if they are nurtured, properly groomed and paid  monthly stipends, they will not only leave the street but will win laurels for the state and country in major competitions. I have groomed many underprivileged children into responsible champions through my Q-MADI Taekwondo Club.  My boys, who were hitherto street boys, have in the past 4 years been representing and winning medals for Lagos State Taekwondo team and have won over 300 medals and over 20 Awards in all competitions.

(ii)Many of these young boys who hawk on the street are very smart and business savvy, instead of arresting and imprisoning them, why not train them and give them capital to finance their business through the Lagos State Employment Trust Fund (LSETF) or through any other body you desire. With this in place, hawking will be reduced to the barest minimum, our prisons will be decongested and the economy of the state will thrive.

I and other Mandela Washington Fellows who recently returned from the US government sponsored 6 weeks leadership programme are desirous of helping the government achieve these lofty ideals.

Many of these kid are orphans and have no places to call home, is anyone doing anything to shelter them? This is not an issue for the Judiciary alone, the Ministry of Youth and Social Development, Ministry of Home Affairs, etc. must be carried along in order to ensure we are not just doing jamboree releases for the headlines.

It is a fact that prison falls under the exclusive legislative list in the constitution, therefore the prison is managed and funded by the Federal Government. However, all the inmates in Badagry prison are there having committed or having been suspected to have committed offences classified as state offences. After reading the report of the state of health of the young inmates recently released by the honourable Chief Judge of Lagos State, while I was in the US for the Mandela Washington Fellowship, I visited the prison when I returned and the state I met it is nothing to write home about. I urge you most humbly to do something to ameliorate the plights of the young lads who are unfortunate to be staying there at the moment.

STATE OF THE PRISON

Just like many other prison in Nigeria, the situation in Badagry prison is appalling. The break-out of infections and communicable diseases is a normal occurrence in this prison for many reasons:

6 Lack of space for sports and recreation

The Prison also lacks basic facilities such as:

1 Enough vehicles to convey inmates to court and ambulance to convey them to hospital, particularly during emergencies.

4 Lack of facilities for rehabilitation and empowerment e.g. Workshops for carpentry, tailoring, shoe-making and soap-making . Barbing salon and farm.

7 Dilapidated staff quarters for junior staff. The quarters was built in early 19th century and is now very distressed.

8 No sufficient eating utensils and uniforms for inmates.

It will be nice if the Lagos state government can provide some or all of these needs to this prison which holds indigenes and inhabitant of Lagos who shall soon be part of us again.

Please sir, be assured of our support at all times in any endeavor that will make Lagos state a better place.

Saraki Denies Prosecution of Civil Servant for Criticizing Him