Sir Adetokunbo Ademola was born on February 1, 1906 to the family of a titled traditional ruler of Abeokuta, Oba Ladapo Ademola. He later married the daughter of a prominent Lagos lawyer, Kofo Moore.

He attended St Gregory’s Grammar School and King’s College, Lagos before proceeding to Selwyn College, Cambridge. He was then called to the bar in 1934 and started work as a crown counsel.  He was a Nigerian jurist and the first Nigerian Chief Justice of the Supreme Court of Nigeria from 1958 to 1972.  He was the first chancellor of the University of Benin.

After returning to Nigeria, he joined the Civil Service and from 1934-35, he worked as crown counsel in the Office of the Attorney-General. He then joined the unified Nigeria administrative service and for a year, he was posted to Enugu as assistant secretary at the southern secretariat, Eastern Nigeria.

He left the service and started a private practice from 1936 until 1939, when he was appointed Magistrate of the Protectorate Court. In 1938, he joined the Nigerian Youth Movement. As a magistrate, he was posted to various Nigerian towns; Justice Ademola worked in Warri from 1939-1946, and then returned to Lagos in 1946 to preside at St Anna Court. In 1947, he was posted to Opobo. In 1949 he became the third Nigerian to be appointed a puisne judge. In 1948 he served as a member of the commission for the revision of court legislation.

In 1955, a year before Western Nigeria became internally self-governing; Sir Adetokunbo was appointed Chief Justice for Western Nigeria, thus becoming the first Nigerian head of the judiciary. His string of ‘firsts’ continued when, three years later, he became the first Nigerian Chief Justice of the entire Federation of Nigeria. As Chief Justice, he played the role of peacemaker in two political events in the country. In 1964, after the stalemate of national elections, Nnamdi Azikiwe, the president refused to call any party to form a government until the intervention of Louis Mbanefo, the Chief Justice of the Eastern region and Justice Ademola. He later went on to play a calming role in the aftermath of the 1966 coup when some northern officers wanted to secede from the country.

As Chief Justice, Ademola was involved in some notable judgements during his tenure, in both Regina vs Ilorin Native Authority and Ayinke vs Ibidunni, he delved into the issue of customary law. He was also involved in various constitutional cases during the period. Some of the cases are Doherty v Abubakar Balewa, Adesoji Aderemi v Samuel Akintola and Olawoyin vs the Commissioner of Police. Sir Adetokunbo, along with Dr. Teslim Olawale Elias (who succeeded him as Chief Justice of Nigeria) was instrumental to the establishment of the Nigerian Law School. Prior to its establishment, legal practitioners had had to qualify at the English Bar.

He was decorated with the highest national award in Nigeria as the Grand Commander of the Order of the Niger (GCON). He was the longest- serving chief justice in Nigeria’s history. The only sad thing about his brilliant career is that he never wrote a memoir. When he was cornered by a reporter a few years ago and asked to suggest an epitaph for his tombstone, Adetokunbo Ademola said: ‘In humility I came, in humility I left. I judged only as I saw just.’ 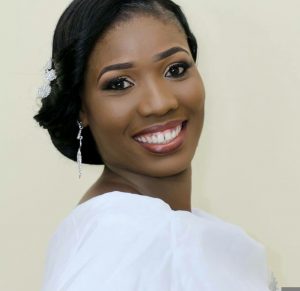