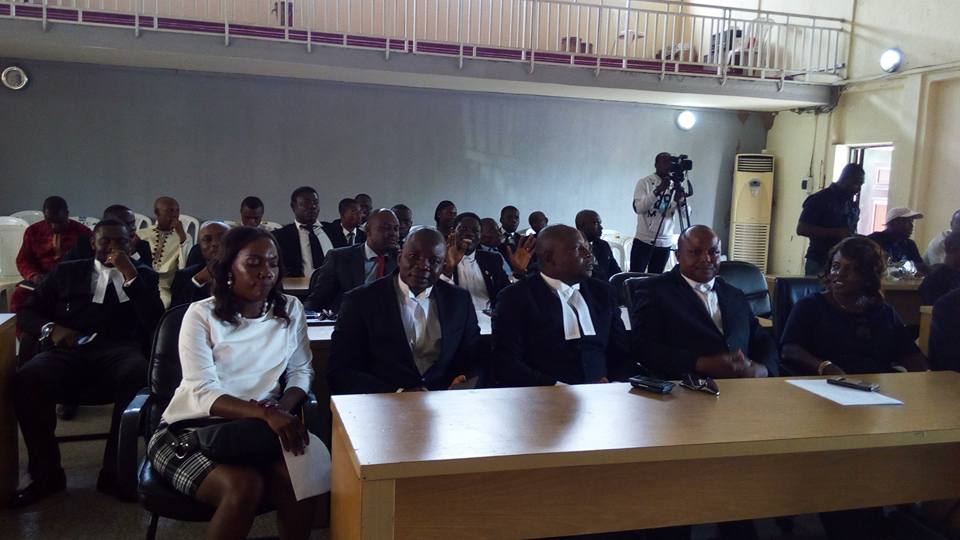 The Yenagoa and Sagbama branches of the Nigerian Bar Association (NBA), Bayelsa state, have raised an alarm over what they described as the denial of justice to the people of the region.

The two Branches of the NBA addressed a press conference to inform the general public of their displeasure over the lack of legal activities at the Yenagoa Division of the Federal High Court and the National Industrial Court.

Hon. Justice Tersee Agbadu-Fishimi of National Industrial Court and Hon. Justice H. Nganjiwa of the Federal High Court, the judges of both courts which have been adjudged to be among the busiest in the country, are currently undergoing criminal investigation by the Economic and Financial Crimes Commission (EFCC), hence their absence to preside over sittings.

Members of the association said they have since made appeals to the Chief Justice of the Federation and the National Executive of the Nigerian Bar Association to quickly fill up the void created by the investigation.

Among the agitators, was also the Attorney General of Bayelsa State, Kemesuode Wodu, who called for the immediate resumption of legal activities at the two affected courts.

He stated that his office had made serious efforts at ensuring that legal functions resume.

Meanwhile, the father of Ese Oruru, a 14 year old who was alleged to have been abducted by Yinusa, expressed worry over the fact that the lack of legal activities at the court would further stall the court proceedings.

Reacting to the matter, the Bayelsa State government, advised citizens to continue to exercise patient as well as remain law abiding.

The government also called on relevant authorities to post new judges to preside over the courts while awaiting the conclusion of the investigation of the accused judges.

NBA Members during the press briefing: 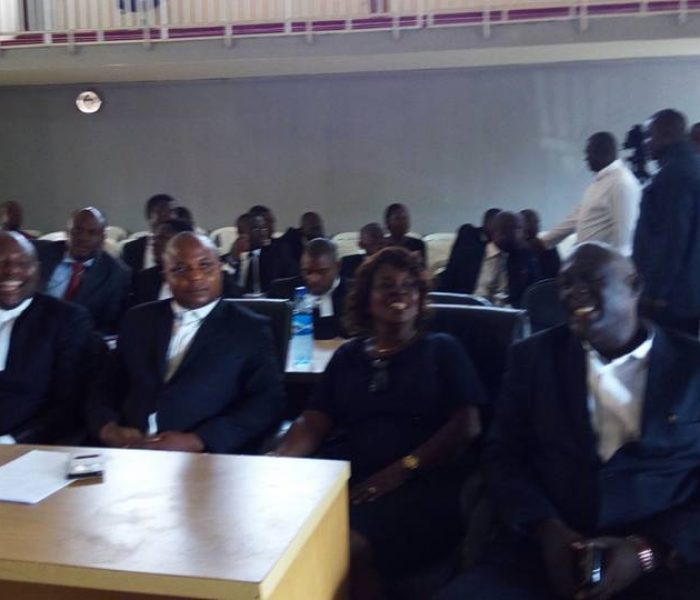 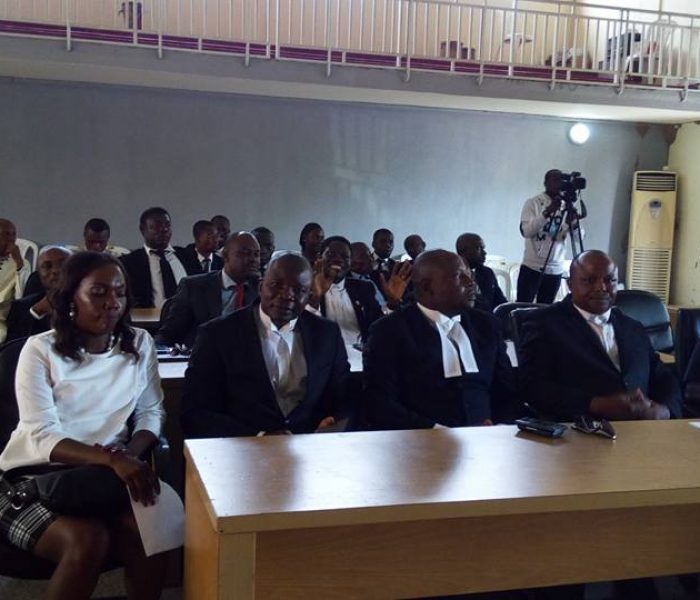 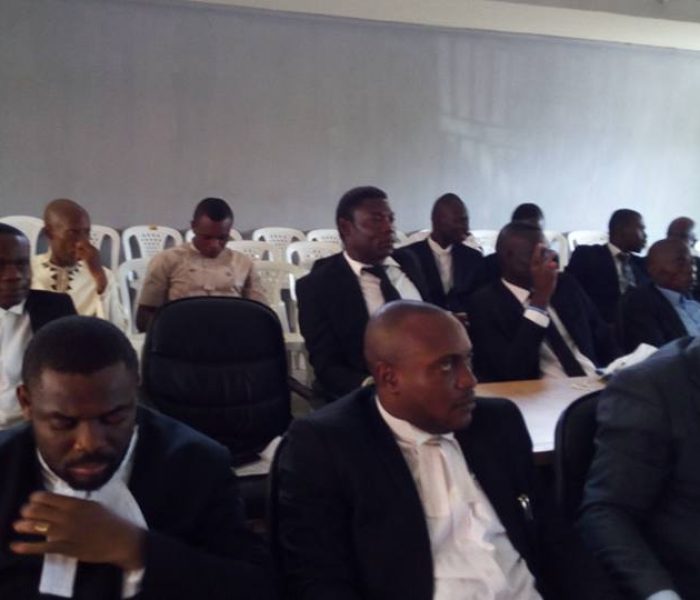 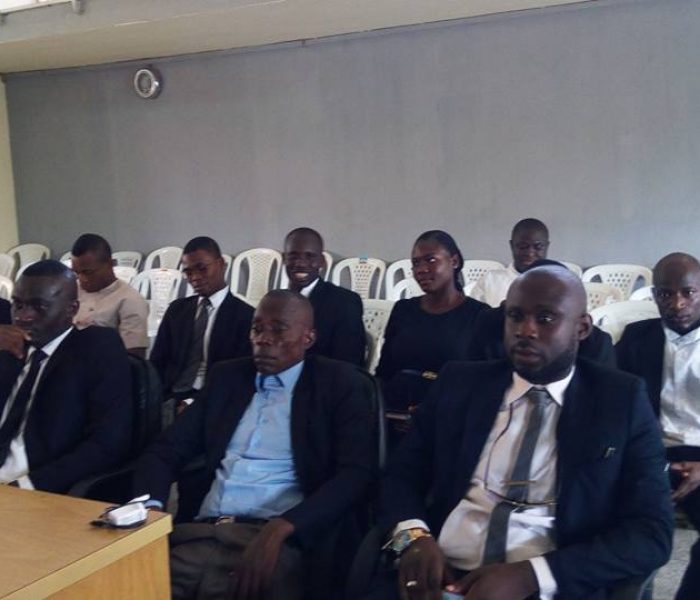