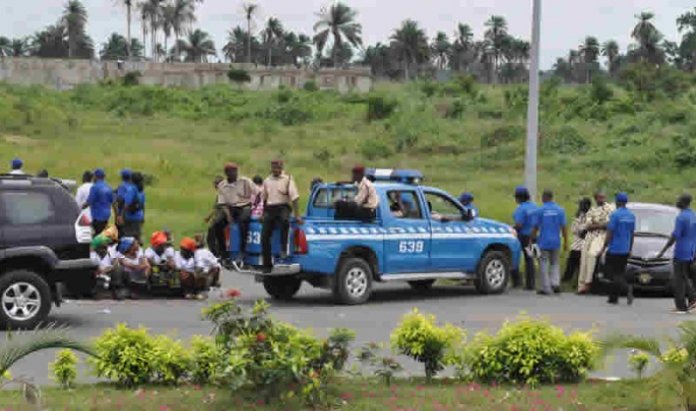 The News Agency of Nigeria (NAN) reports that the motorists were convicted by a Mobile Court set up by the FRSC.

The Corps Sector Commander in the state, Mrs Pat Emeordi disclosed this in an interview with the News Agency of Nigeria (NAN).

According to Emeordi, the measure will go a long way in reducing road traffic accidents, and ensure safety of motorists and commuters on the highways.

“Our officers and men apprehended 72 traffic offenders, but the court discharged and acquitted six while 66 others were convicted.

“The aim of this exercise is not to victimise anybody, but to ensure safety of lives and property on the highways.

“Mobile court is the best way to try road traffic offenders because they are being given fair hearing.’’

The sector commander said that the corps was determined to reduce the rate of road traffic crashes in the state, adding that the mobile court would be a routine exercise.

She admonished drivers to ascertain the state of their vehicles before plying highways, especially during this rainy season.

“Now that we are in the rainy season, there is the need for drivers to ensure that their vehicles’ tyres, windshield and wipers are in good condition.

“They must desist from speeding, overloading, dangerous overtaking and use of cell phones while driving.

“If drivers abstain from all these and religiously obey traffic rules and regulations, the roads will be a safe haven for all commuters,’’ she said.

NAN reports that the offences committed ranged from driver’s licence, and seatbelt violation, and lack of fire extinguishers, among others.