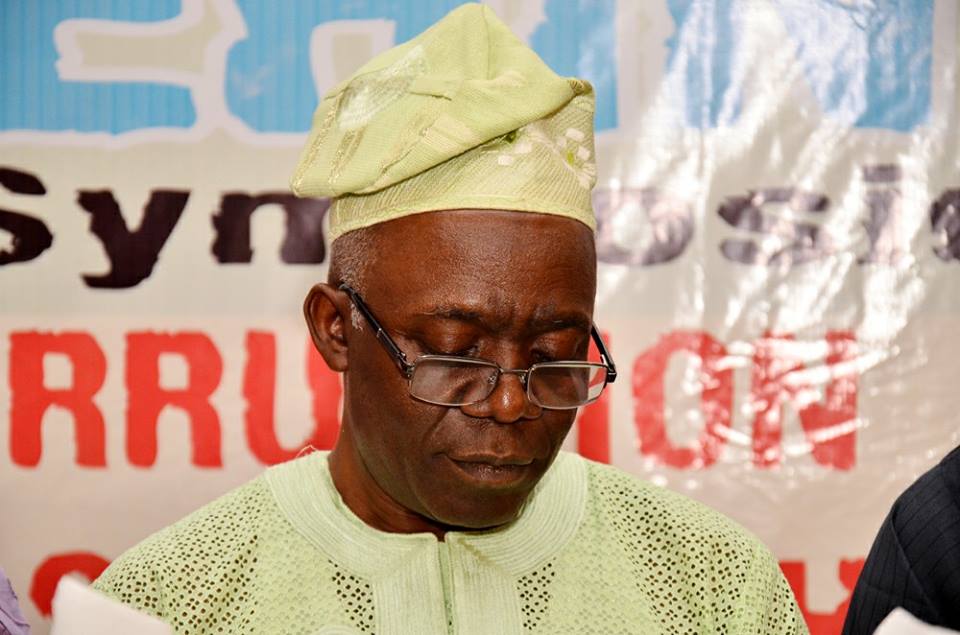 A Senior Advocate of Nigeria, Mr. Femi Falana, has said for any fight against corruption to be effective it must be championed by the citizens rather than the government.

According to Falana, since corruption was perpetrated by people in position of authority, it would be unrealistic to expect the government to effectively fight corruption.

“No government all over the world fights corruption, because the people in government are the most corrupt. It is the duty of Nigerians to take over the fight and own it; otherwise you cannot abolish corruption in Nigeria,” Falana declared.

The human rights lawyer spoke on Sunday in Ikeja alongside others at the 13th edition of the annual Gani Fawehinmi lecture.

The theme of the lecture for this year was, “Nigeria Anti-corruption war: Wither the legal profession and the judiciary?”

Apart from Falana, other discussants at the lecture, which was delivered by Prof. Omotoye Olorode, include Prof. Jacob Dada of The Gambia Court of Appeal; Mr. Delete Adesina (SAN), Mr. Charles Oputa (Charly Boy), the Chairman of the Ikeja branch of the Nigeria Bar Association, Mr. Adesina Ogunlana, among others.

In his lecture, Olorode noted that though the war against corruption started as far back as 1960, the menace, rather than abate, only continued to wax stronger.

“Ultimately, the anti-corruption war cannot move an inch unless the people champion the cause. If the ruling class is to decide who is corrupt, then they have yet to start,” Olorode concluded.

He called for the autonomy of the judiciary and urged lawyers to support the Federal Government’s war against corruption.

In his contribution, Justice Dada noted that “corruption has assumed frightening proportion in Nigeria, because of its gravity, pervasiveness, sophistication, complexity and diversification.”

The judge said the poverty and economic crisis in the country were blamable on the carelessness of the leaders presiding over the affairs of the country.

On his own part, Charly Boy flayed lawyers and judges, who, he said, were aiding “known criminals.”

“Justice in Nigeria has price tags, affordable by those who can pay,” he said.

The chairman of the occasion, Pa Tunji Gomez, a septuagenarian lawyer, described as regrettable the recent arrest of some judges for alleged corruption, saying it might henceforth be difficult to find any judge who would give judgment against government.