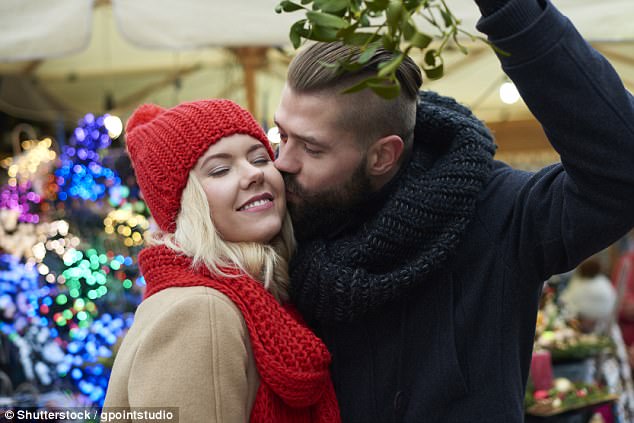 The force, which has 159,000 Twitter followers, posted: ‘If you bump into that special someone under the mistletoe tonight, remember that without consent it is rape #SeasonsGreetings.’

And it wasn’t long before the warning was shared hundreds of time across the social media platform.

@Renown_Vet commented: ‘Since when did a kiss under the mistletoe turn into rape? Get a grip, and start being thief takes again not half arsed SJWs [social justice warriors].’

@69mib wrote: ‘Bumping into someone, under the mistletoe, is now considered rape? Why do you trivialise such a serious issue with such a nonsense tweet?’

Mike love tweeted PSNI: ‘This tweet tells people that a kiss is rape. Do you realise what you’ve said?’ One user wrote: ‘Bumping into someone, under the mistletoe, is now considered rape? Why do you trivialise such a serious issue with such a nonsense tweet?’ Although the tweet has been deleted, the PSNI in a subsequent tweet maintained that their message remains the same but claimed they were quoted out of contest.

We posted a message on Twitter yesterday that some may have taken out of context but the message remains the same; when you are out socialising over the Christmas period, please remember without consent it is rape.