Home News I Have Nothing to Hide, I’m Open to Investigation – CJN 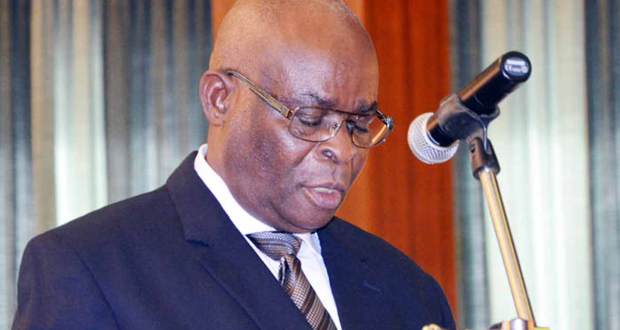 The Chief Justice of Nigeria, Justice Walter Onnoghen, said on Wednesday that he was not aware of his reported ongoing investigation by the Economic and Financial Crimes Commission.

He, however, assured the public that he had nothing to hide and was open to investigation.

A statement by the CJN’s Senior Special Assistant (Media), Mr. Awassam Bassey, in response to Punch Newspaper’s Wednesday’s report which indicated that the CJN’s name was on the list of high profile persons being investigated by the EFCC as of August 2017.

The Punch had reported that the list was sent by the EFCC to the AGF office last month.

The CJN described the “intelligence” being reportedly relied on by the EFCC for the ongoing investigation as “abstract”, saying he had never been invited for investigation by the anti-corruption agency.

He stated, “Our attention has been drawn to media reports quoting the Economic and Financial Crimes Commission (EFCC) as probing the Hon. The Chief Justice of Nigeria (CJN), Hon. Justice Walter Samuel Nkanu Onnoghen, GCON, for yet-to-be disclosed reasons.

“The reports in the media mentioned the reason for the investigation as “intelligence” which for now we take to be abstract.

“However, the Hon. CJN wishes to use this medium to say that it is the first time he is being aware of any allegations or intelligence against him, neither has he been invited or called upon to offer any explanation on any impropriety.

“However, the Hon. CJN wishes to assure the public that he has nothing to hide and is open to investigation.

“As a committed patriot who has spent all his adult life in the temple of justice, the Hon. CJN is ready to pay the required price to make the nation a better place.

“The commitment of the Hon CJN to the efforts of the current administration to rid the country of corrupt practices is unwavering and he will stop at nothing to see a new dawn in Nigeria’s Judiciary.

“He will also not be distracted in his avowed reformative efforts to make the Nigerian Judiciary a beacon of well-rounded justice which the entire citizenry will be proud of.

“The public is encouraged to keep faith and trust in the present administration’s fight against corruption and be assured that the CJN is doing his best to reform the Judiciary accordingly.”

No Dead or Retired Judge on Election Tribunal List – Court...